Models, Simulations, and the Reduction of Complexity 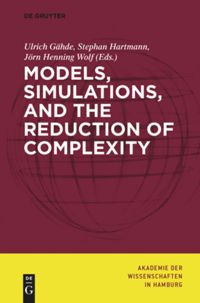 Modern science is, to a large extent, a model-building activity. But how are models contructed? How are they related to theories and data? How do they explain complex scientific phenomena, and which role do computer simulations play here? These questions have kept philosophers of science busy for many years, and much work has been done to identify modeling as the central activity of theoretical science. At the same time, these questions have been addressed by methodologically-minded scientists, albeit from a different point of view. While philosophers typically have an eye on general aspects of scientific modeling, scientists typically take their own science as the starting point and are often more concerned with specific methodological problems. There is, however, also much common ground in middle, where philosophers and scientists can engage in a productive dialogue, as the present volume demonstrates. To do so, the editors of this volume have invited eight leading scientists from cosmology, climate science, social science, chemical engeneering and neuroscience to reflect upon their modeling work, and eight philosophers of science to provide a commentary.