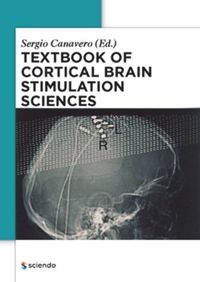 Developed over the past 25 years, Cortical Brain Stimulation has emerged as a brand new, cutting-edge option for the treatment of intractable neurological and psychiatric disorders. Devoid of the mortality and disabling morbidity that may accompany deep brain stimulation, stimulating the cortex with a minimally invasive surgical approach had initially proved its worth for the treatment of Central and other Neuropathic Pain Syndromes and later for Parkinson Disease, Dystonia, Stroke and Coma rehabilitation, Epilepsy, Depression and Tinnitus. Written by many of the pioneers in the field, this authoritative treatise is a comprehensive presentation - from surgical details, to clinical results and mechanisms of action. It also provides the busy clinician with comparisons with non-invasive cortical stimulation techniques, such as TMS and tDCS. No other book deals with this form of brain stimulation. The clinician will harness the power of this formidable new therapeutic option, which is being further refined with the advent of closed-loop stimulation. Dr Canavero deciphered the genesis of the central pain syndromes, introduced extradural cortical stimulation for Parkinson Disease and the vegetative state and co-introduced extradural cortical stimulation for stroke rehabilitation. He made worldwide news in 2008 for partially restoring consciousness in two vegetative patients, in 2013 for proposing the HEAVEN/GEMINI protocol for human head transplantation and in 2014 for pushing brain stimulation in the setting of criminal psychopathy. His books include: Central Pain Syndrome, Cambridge Univ. Press, 2011 (2nd ed.), Textbook of therapeutic cortical stimulation, Nova Sci, 2009 and two books in Italian on human sexual behavior.