What We See When We Drive and Why It Matters 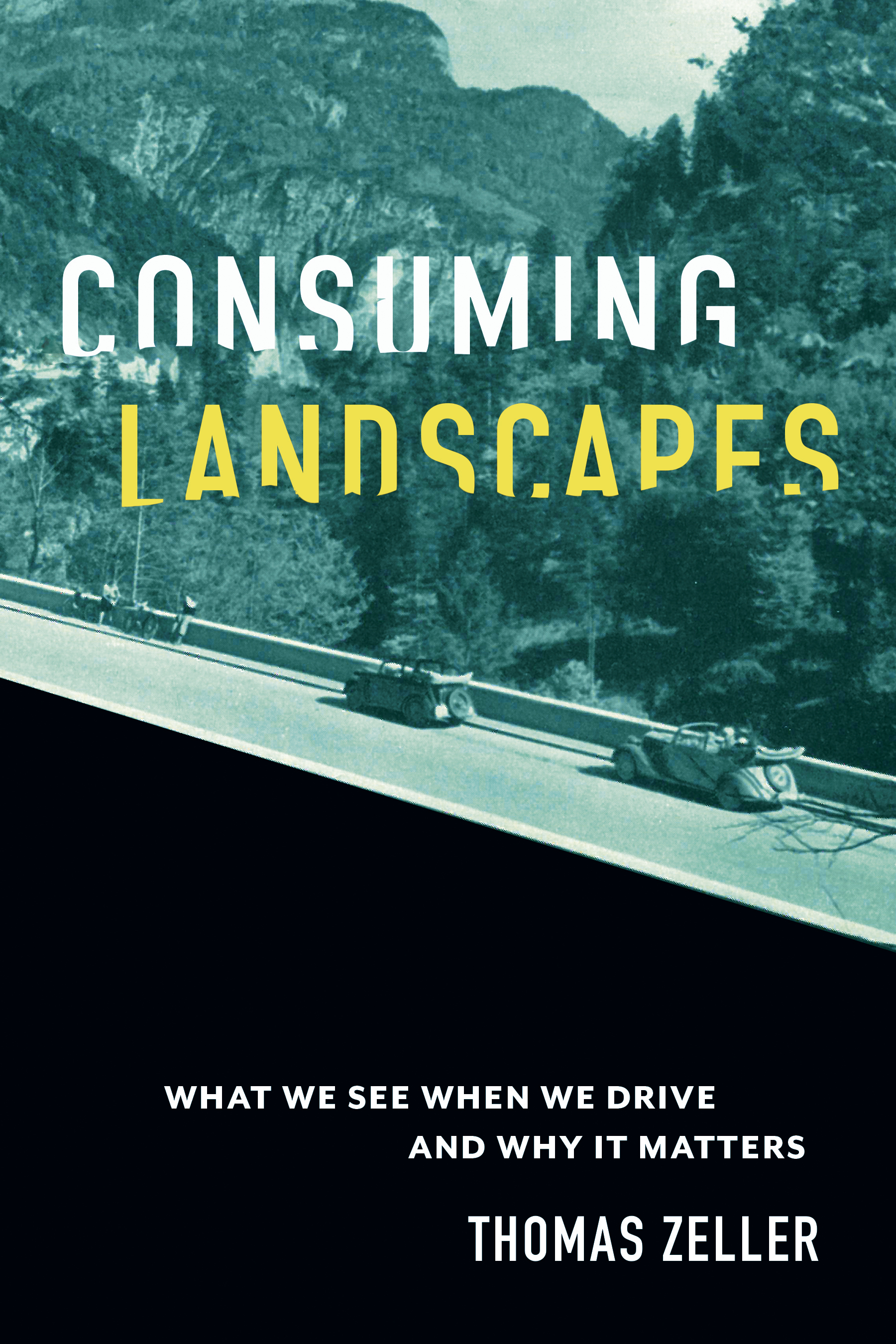 For better or worse, windshields have become a major frame for viewing the nonhuman world. The view from the road is one of the main ways in which we experience our environments. These vistas are the result of deliberate historical forces, and humans have shaped them as they simultaneously sought to be transformed by them. In Consuming Landscapes, Thomas Zeller explores how what we see while driving reflects how we view our societies and ourselves, the role that consumerism plays in our infrastructure, and ideas about reshaping the environment in the twentieth century. Zeller breaks new ground by comparing the driving experience and the history of landscaped roads in the United States and Germany, two major automotive countries. He focuses specifically on the Blue Ridge Parkway in the United States and the German Alpine Road as case studies. When the automobile was still young, an early twentieth-century group of designers—landscape architects, civil engineers, and planners—sought to build scenic infrastructures, or roads that would immerse drivers in the landscapes that they were traversing. As more Americans and Europeans owned cars and drove them, however, they became less interested in enchanted views; safety became more important than beauty. Clashes between designers and drivers resulted in different visions of landscapes made for automobiles. As strange as it may seem to twenty-first-century readers, many professionals in the early twentieth century envisioned cars and roads, if properly managed, as saviors of the environment. Consuming Landscapes illustrates how the meaning of infrastructures changed as a result of use and consumption. Such changes indicate a deep ambivalence toward the automobile and roads, prompting the question: can cars and roads bring us closer to nature while deeply altering it at the same time?