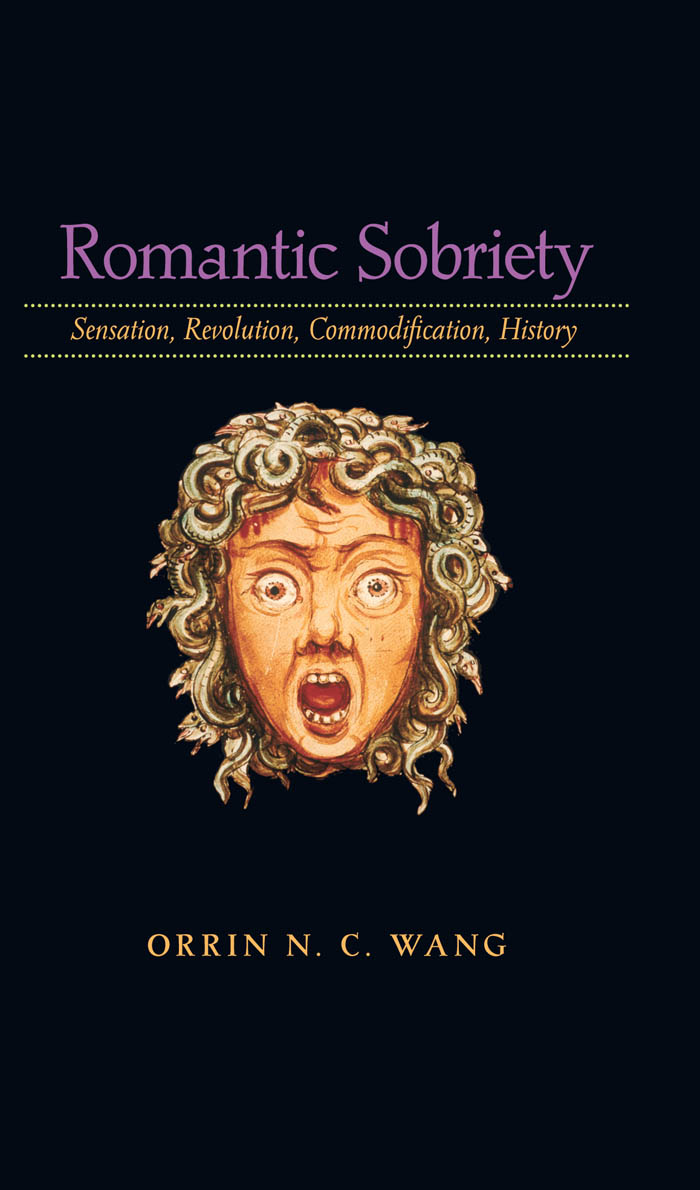 Winner, 2011 Jean-Pierre Barricelli Prize, International Conference on RomanticismThis book explores the relationship among Romanticism, deconstruction, and Marxism by examining tropes of sensation and sobriety in a set of exemplary texts from Romantic literature and contemporary literary theory.Orrin N. C. Wang explains how themes of sensation and sobriety, along with Marxist-related ideas of revolution and commodification, set the terms of narrative surrounding the history of Romanticism as a movement. The book is both polemical and critical, engaging in debates with modern thinkers such as Paul de Man, Jacques Derrida, Walter Benn Michaels, and Slavoj Žižek, as well as presenting fresh readings of late eighteenth- and early nineteenth-century writers, including Wordsworth, Kant, Shelley, Byron, Brontë, and Keats. Romantic Sobriety combines deeply complex, close readings with a broader reflection on Romanticism and its implications for literary study. It will interest scholars who study Romanticism from a number of perspectives, including those interested in bodily and social consumption, the roles of addiction and abstinence in literature, the connection between literary and visual culture, the intersection of critical theory and Romanticism, and the relationships among language, historical knowledge, and political practice.