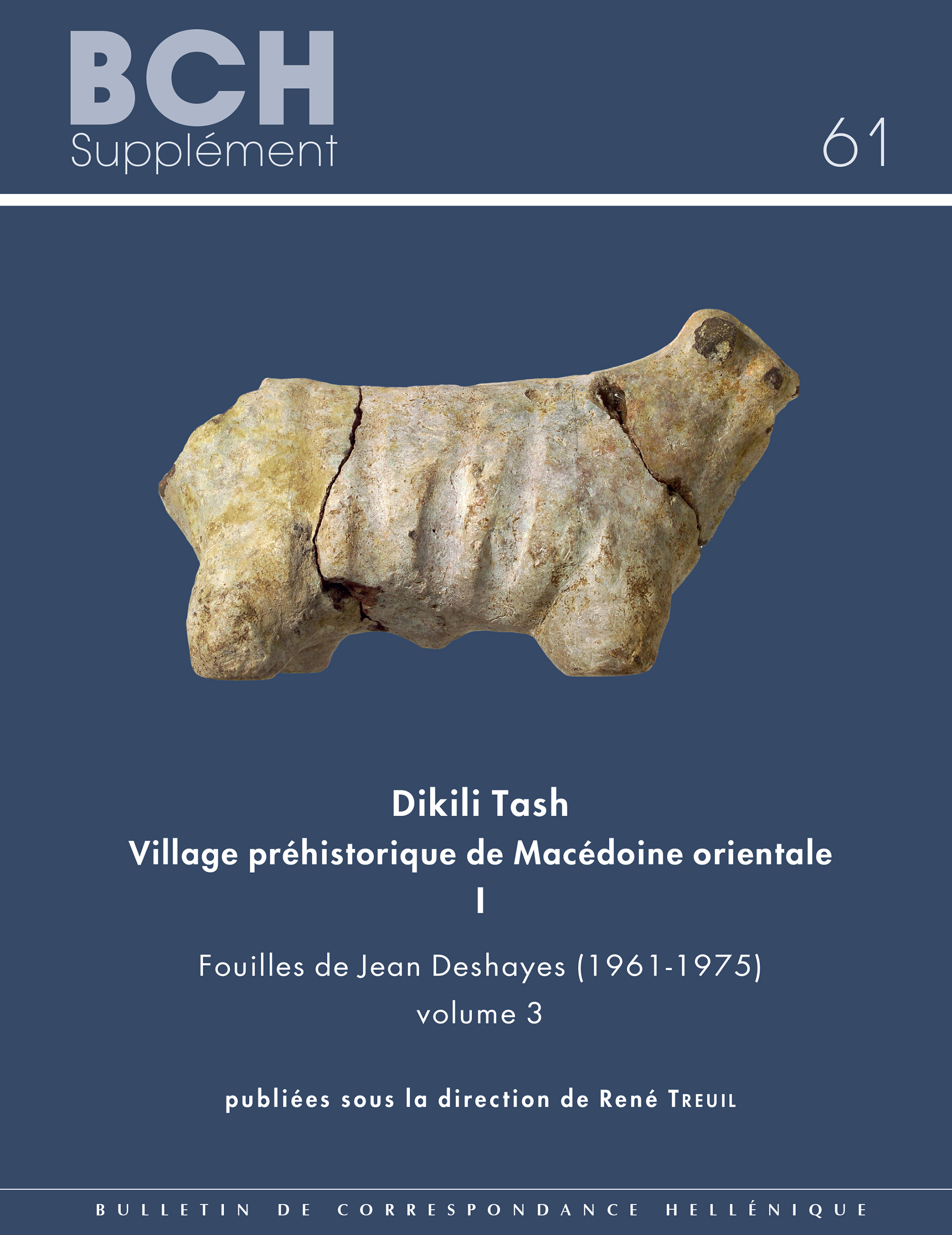 This volume completes and rounds off the publication of the excavations of Jean Deshayes (1961-1975) at Dikili Tash. It follows on from the two volumes already available. The first volume, published in 1992, described the site and the excavations, the stratigraphy and the chronology, the construction, the tools, the means of subsistence and the trappings of finery. The second volume, published in 2004, dealt with Neolithic pottery (techniques, forms and decorations), including zoomorphic and anthropomorphic containers. This third volume contains, firstly, the study of the forms and decorations of the ceramics of the Early Bronze and the Late Bronze Ages. The Bronze Age, little known in eastern Macedonia, is thus enriched by a new detailed study based on well-documented stratigraphy. Also new is the comprehensive publication of figurines and models from the Middle Neolithic to the Late Bronze Age: this is a complete and well-researched catalogue, followed by a systematic study organized according to the categories of objects; this assemblage is the largest published to date. These contributions significantly add to our knowledge of the periods concerned and propose well-argued interpretations. The general conclusion, which completes the volume and the publication of the excavations of J. Deshayes, traces the evolution of working methods and thought processes involved in the different programmes at Dikili Tash, underlining the increasingly conscious intellectual interrogations that here, as elsewhere in Macedonia, pervade all archaeological research.