Rare Respiratory Diseases: A Personal and a Public Health Problem 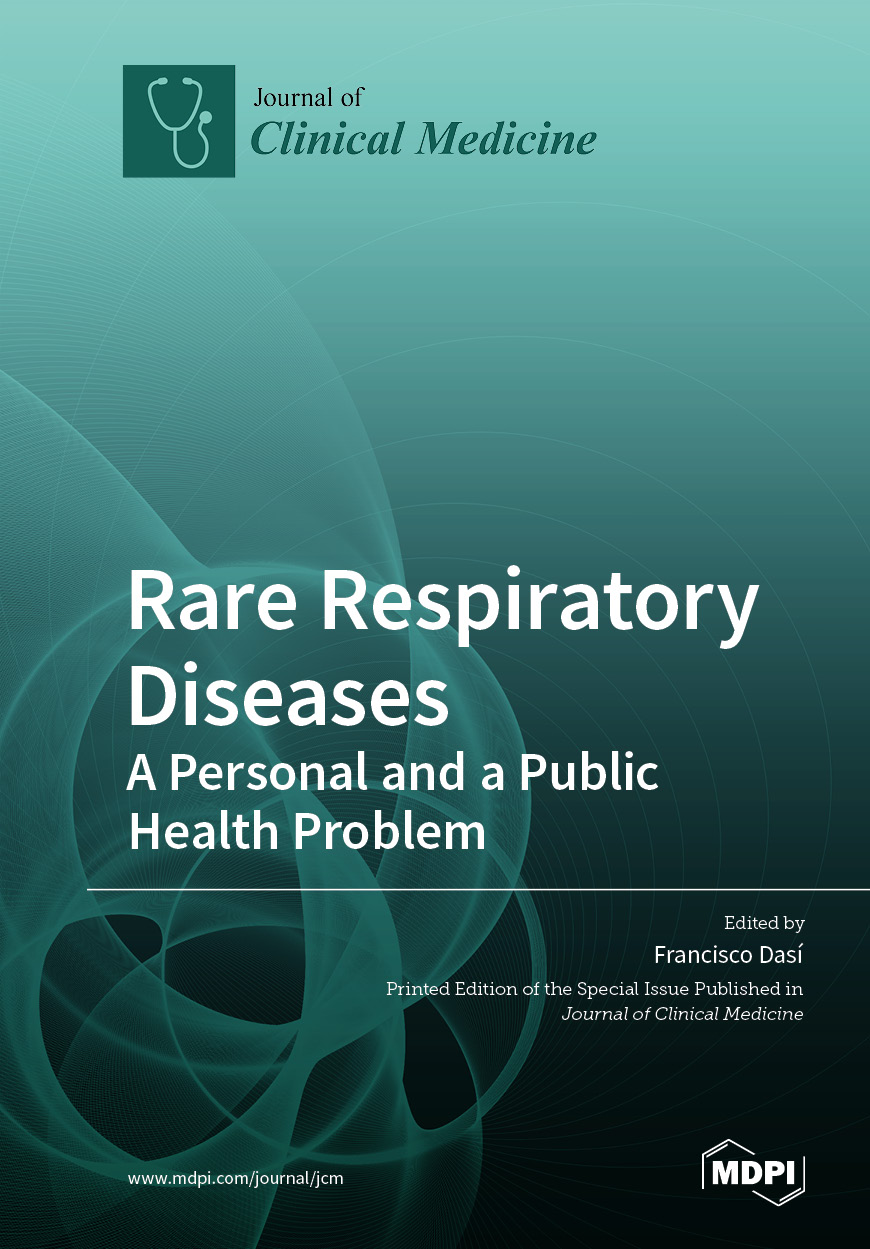 Dear Colleagues, A rare disease, also known as an orphan disease, is any disease that affects a small percentage of the population. Although definitions vary from continent to continent, according to the European Union, rare diseases are those with a prevalence of less than 1 in 2000 people. Rare diseases are, in general, chronic, debilitating diseases, which in many cases threaten patients’ lives. It is estimated that 1–2 million people in the European Union are affected by a rare respiratory disease, which is a public health problem. Due to the low prevalence and severity of many of these diseases, whose symptoms often initially manifest in childhood, combined efforts are needed to improve our knowledge of the pathophysiology of these diseases that will lead to the development of new, more effective treatments. Therefore, since rare respiratory diseases represent an important field in medicine, we propose this Special Issue to promote the dissemination of the latest advances in basic and clinical research in these diseases. Prof. Dr. Francisco Dasí Guest Editor