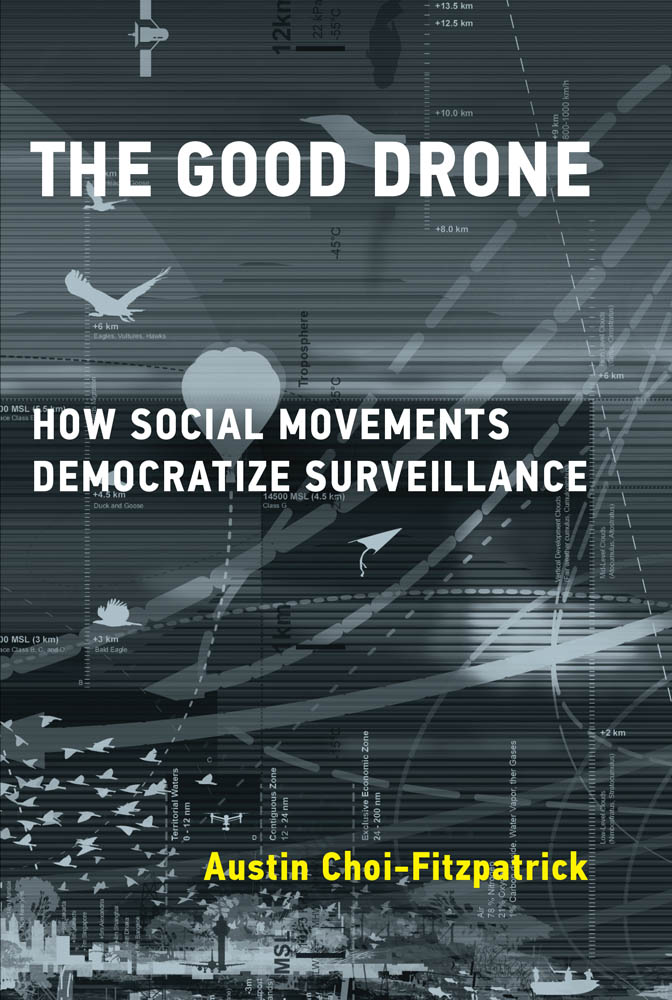 How small-scale drones, satellites, kites, and balloons are used by social movements for the greater good. Drones are famous for doing bad things: weaponized, they implement remote-control war; used for surveillance, they threaten civil liberties and violate privacy. In The Good Drone, Austin Choi-Fitzpatrick examines a different range of uses: the deployment of drones for the greater good. Choi-Fitzpatrick analyzes the way small-scale drones—as well as satellites, kites, and balloons—are used for a great many things, including documenting human rights abuses, estimating demonstration crowd size, supporting anti-poaching advocacy, and advancing climate change research. In fact, he finds, small drones are used disproportionately for good; nonviolent prosocial uses predominate. Choi-Fitzpatrick's broader point is that the use of technology by social movements goes beyond social media—and began before social media. From the barricades in Les Misérables to hacking attacks on corporate servers to the spread of #MeToo on Twitter, technology is used to raise awareness, but is also crucial in raising the cost of the status quo. New technology in the air changes politics on the ground, and raises provocative questions along the way. What is the nature and future of the camera, when it is taken out of human hands? How will our ideas about privacy evolve when the altitude of a penthouse suite no longer guarantees it? Working at the leading edge of an emerging technology, Choi-Fitzpatrick takes a broad view, suggesting social change efforts rely on technology in new and unexpected ways.

Impact of science and technology on society; Sociology; Warfare and defence