Problematizing Nanotechnology and Democracy in Europe and the United States 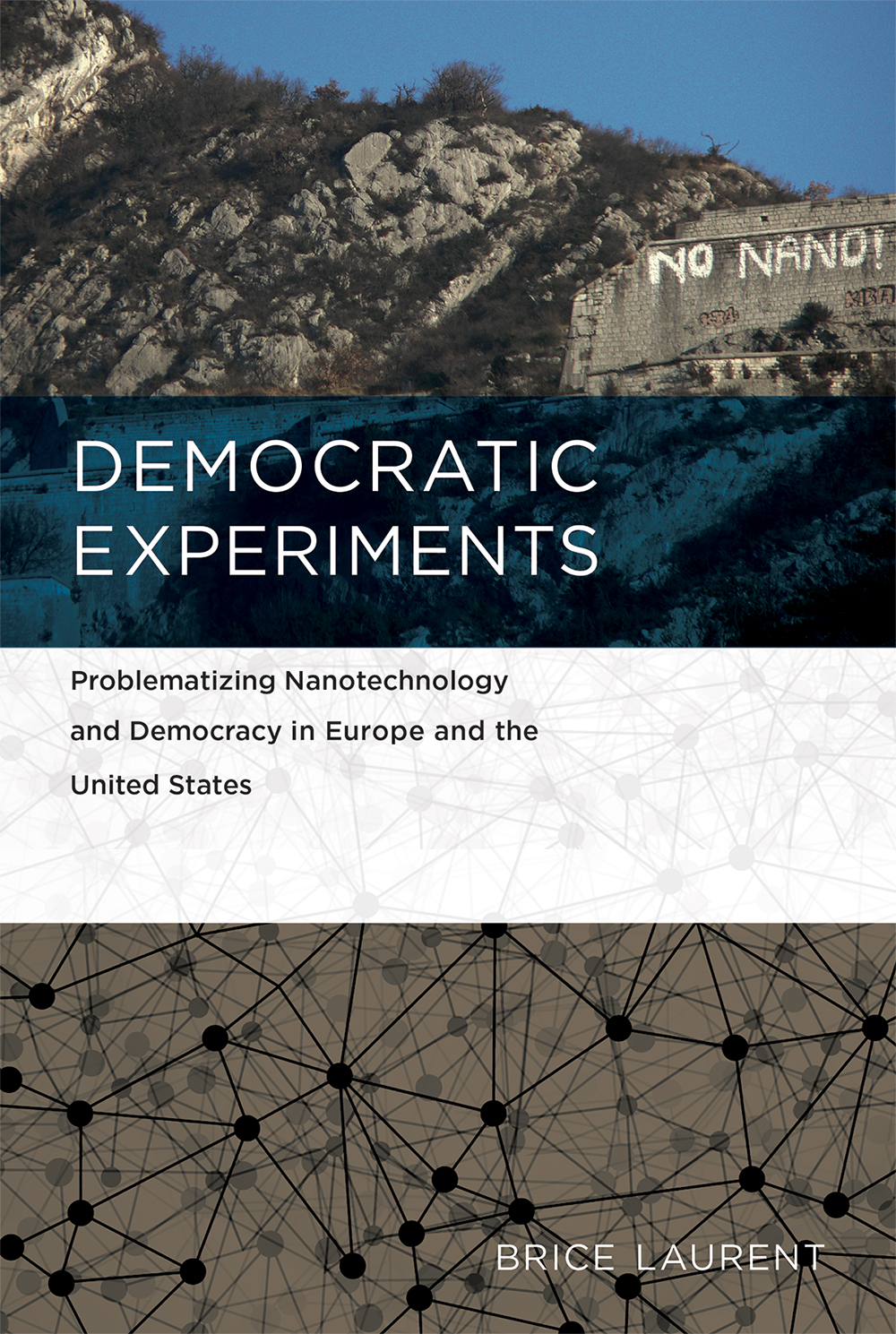 An examination of nanotechnology as a lens through which to study contemporary democracy in both theory and practice. In Democratic Experiments, Brice Laurent discusses the challenges that emerging technologies create for democracy today. He focuses on nanotechnology and its attendant problems, proposing nanotechnology as a lens through which to understand contemporary democracy in both theory and practice. Arguing that democracy is at stake where nanotechnology is defined as a problem, Laurent examines the sites where nanotechnology is discussed and debated by scientists, policymakers, and citizens. It is at these sites where the joint production of nanotechnology and the democratic order can be observed. Focusing on the United States, France, and Europe, and various international organizations, Laurent analyzes representations of nanotechnology in science museums, collective discussions in participatory settings, the making of categories such as “nanomaterials” or responsible innovation” in standardization and regulatory arenas, and initiatives undertaken by social movements. He contrasts American debates, in which the concern for public objectivity is central, with the French “state experiment,” the European goal of harmonization, and the international concern with a global market. In France, public debate proceeded in response to public protest and encountered a radical critique of technological development; the United States experimented with an innovative approach to technology assessment. The European regulatory approach results in lengthy debates over political integration; the United States relies on the adversarial functioning of federal agencies. Because nanotechnology is a domain where concerns over anticipation and participation are pervasive, Laurent argues, nanotechnology—and science and technology studies more generally—provides a relevant focus for a renewed analysis of democracy.

Except where otherwise noted, this item's license is described as https://creativecommons.org/licenses/by-nc-nd/4.0