The Culture of Wikipedia 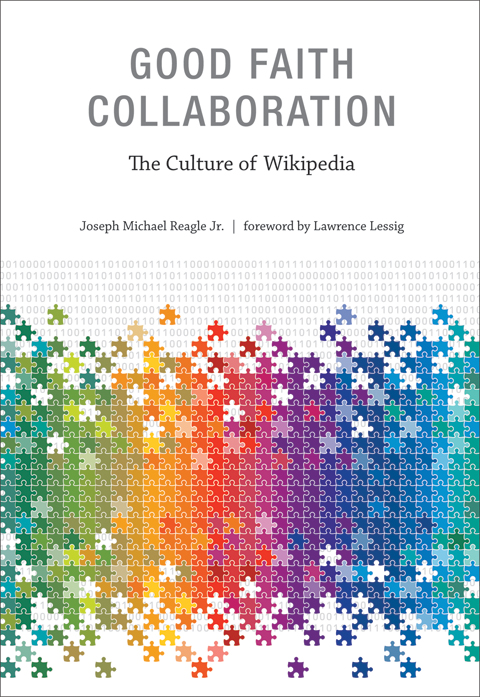 How Wikipedia collaboration addresses the challenges of openness, consensus, and leadership in a historical pursuit for a universal encyclopedia. Wikipedia, the online encyclopedia, is built by a community—a community of Wikipedians who are expected to “assume good faith” when interacting with one another. In Good Faith Collaboration, Joseph Reagle examines this unique collaborative culture. Wikipedia, says Reagle, is not the first effort to create a freely shared, universal encyclopedia; its early twentieth-century ancestors include Paul Otlet's Universal Repository and H. G. Wells's proposal for a World Brain. Both these projects, like Wikipedia, were fuelled by new technology—which at the time included index cards and microfilm. What distinguishes Wikipedia from these and other more recent ventures is Wikipedia's good-faith collaborative culture, as seen not only in the writing and editing of articles but also in their discussion pages and edit histories. Keeping an open perspective on both knowledge claims and other contributors, Reagle argues, creates an extraordinary collaborative potential. Wikipedia's style of collaborative production has been imitated, analyzed, and satirized. Despite the social unease over its implications for individual autonomy, institutional authority, and the character (and quality) of cultural products, Wikipedia's good-faith collaborative culture has brought us closer than ever to a realization of the century-old pursuit of a universal encyclopedia.