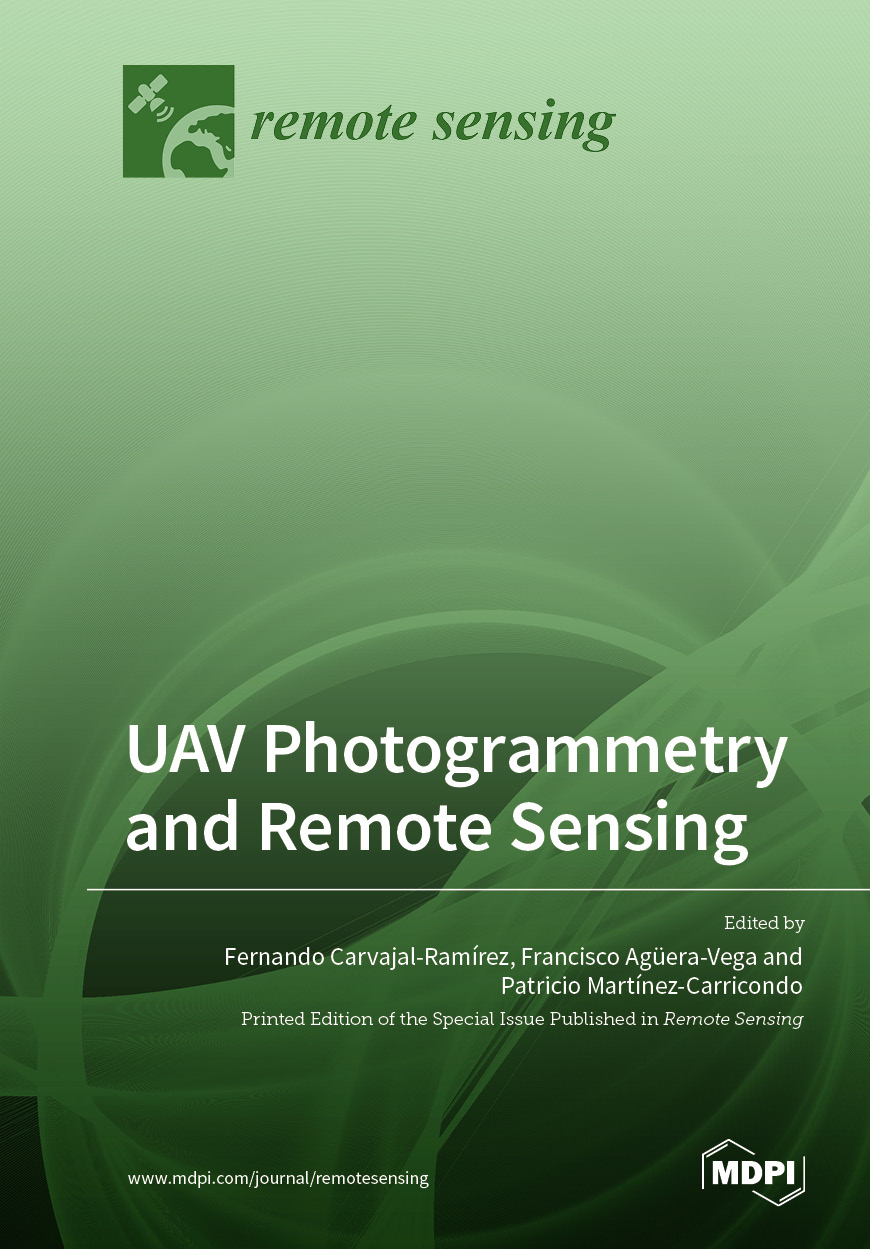 The concept of remote sensing as a way of capturing information from an object without making contact with it has, until recently, been exclusively focused on the use of Earth observation satellites.The emergence of unmanned aerial vehicles (UAV) with Global Navigation Satellite System (GNSS) controlled navigation and sensor-carrying capabilities has increased the number of publications related to new remote sensing from much closer distances. Previous knowledge about the behavior of the Earth's surface under the incidence different wavelengths of energy has been successfully applied to a large amount of data recorded from UAVs, thereby increasing the special and temporal resolution of the products obtained.More specifically, the ability of UAVs to be positioned in the air at pre-programmed coordinate points; to track flight paths; and in any case, to record the coordinates of the sensor position at the time of the shot and at the pitch, yaw, and roll angles have opened an interesting field of applications for low-altitude aerial photogrammetry, known as UAV photogrammetry. In addition, photogrammetric data processing has been improved thanks to the combination of new algorithms, e.g., structure from motion (SfM), which solves the collinearity equations without the need for any control point, producing a cloud of points referenced to an arbitrary coordinate system and a full camera calibration, and the multi-view stereopsis (MVS) algorithm, which applies an expanding procedure of sparse set of matched keypoints in order to obtain a dense point cloud. The set of technical advances described above allows for geometric modeling of terrain surfaces with high accuracy, minimizing the need for topographic campaigns for georeferencing of such products.This Special Issue aims to compile some applications realized thanks to the synergies established between new remote sensing from close distances and UAV photogrammetry.