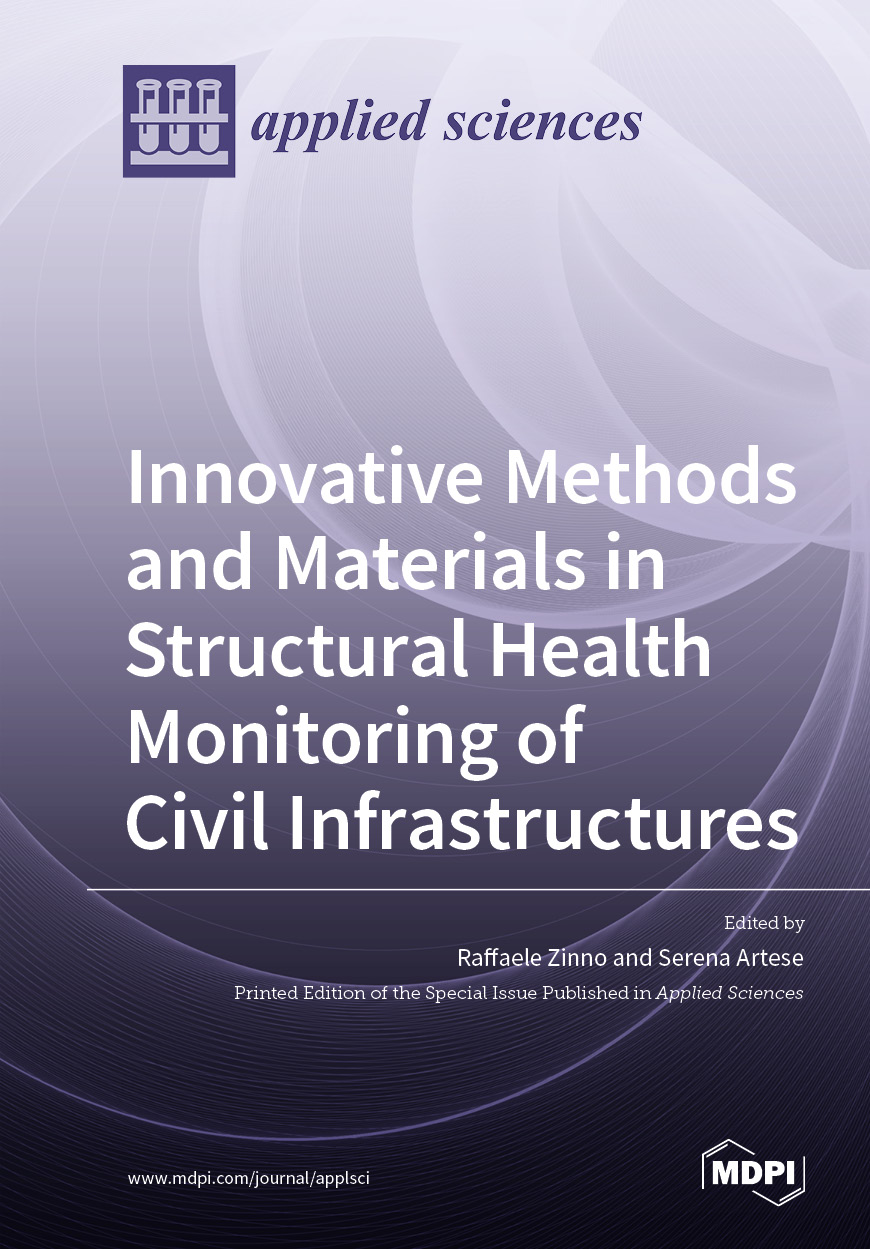 In the past, when elements in sructures were composed of perishable materials, such as wood, the maintenance of houses, bridges, etc., was considered of vital importance for their safe use and to preserve their efficiency. With the advent of materials such as reinforced concrete and steel, given their relatively long useful life, periodic and constant maintenance has often been considered a secondary concern. When it was realized that even for structures fabricated with these materials that the useful life has an end and that it was being approached, planning maintenance became an important and non-negligible aspect. Thus, the concept of structural health monitoring (SHM) was introduced, designed, and implemented as a multidisciplinary method. Computational mechanics, static and dynamic analysis of structures, electronics, sensors, and, recently, the Internet of Things (IoT) and artificial intelligence (AI) are required, but it is also important to consider new materials, especially those with intrinsic self-diagnosis characteristics, and to use measurement and survey methods typical of modern geomatics, such as satellite surveys and highly sophisticated laser tools.