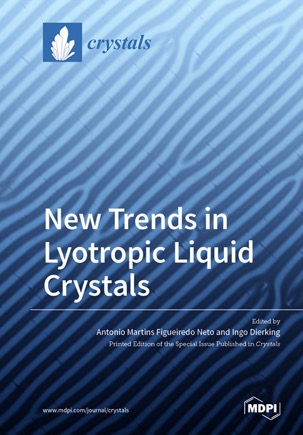 Liquid crystals (LCs) were discovered more than a century ago, and were, for a long time, treated as a physical curiosity, until the development of flat panel screens and display devices caused a revolution in the information display industry, and in fact in society. There would be no mobile phones without liquid crystals, no flat screen TVs or computer monitors, no virtual reality, just to name a few of the applications that have changed our whole world of vision and perception. All of these inventions are based on liquid crystals that are formed through a change in temperature, thermotropic LCs. However, there is another form of liquid crystals, described even earlier, yet much less talked about; the lyotropic liquid crystals that occur through the change of concentration of some molecules in a solvent. These are found in abundance in nature, making up the cell membranes, and are used extensively in the food, detergents and cosmetics industries. In this collection of articles by experts in their respective research areas, we bring together some of the most recent and innovative aspects of lyotropic liquid crystals, which we believe will drive future research and set novel trends in this field.