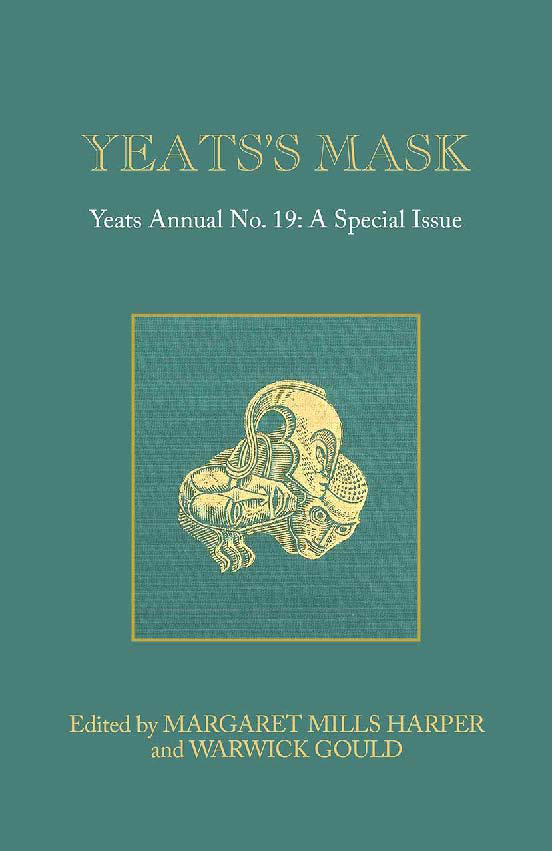 Yeats’s Mask, Yeats Annual No. 19 is a special issue in this renowned research-level series. Fashionable in the age of Wilde, the Mask changes shape until it emerges as Mask in the system of A Vision. Chronologically tracing the concept through Yeats’s plays and those poems written as ‘texts for exposition’ of his occult thought which flowers in A Vision itself (1925 and 1937), the volume also spotlights ‘The Mask before The Mask’ numerous plays including Cathleen Ni-Houlihan, The King’s Threshold, Calvary,The Words upon the Window-pane, A Full Moon in March and The Death of Cuchulain. There are excurses into studies of Yeats’s friendship with the Oxford don and cleric, William Force Stead, his radio broadcasts, the Chinese contexts for his writing of ‘Lapis Lazuli’. His self-renewal after The Oxford Book of Modern Verse, and the key occult epistolary exchange ‘Leo Africanus’, edited from MSS by Steve L. Adams and George Mills Harper, is republished from the elusive Yeats Annual No. 1 (1982). The essays are by David Bradshaw, Michael Cade-Stewart, Aisling Carlin, Warwick Gould, Margaret Mills Harper, Pierre Longuenesse, Jerusha McCormack, Neil Mann, Emilie Morin, Elizabeth Müller and Alexandra Poulain, with shorter notes by Philip Bishop and Colin Smythe considering Yeats’s quatrain upon remaking himself and the pirate editions of The Land of Heart’s Desire. Ten reviews focus on various volumes of the Cornell Yeats MSS Series, his correspondence with George Yeats, and numerous critical studies.