The Waning Sword: Conversion Imagery and Celestial Myth in 'Beowulf' 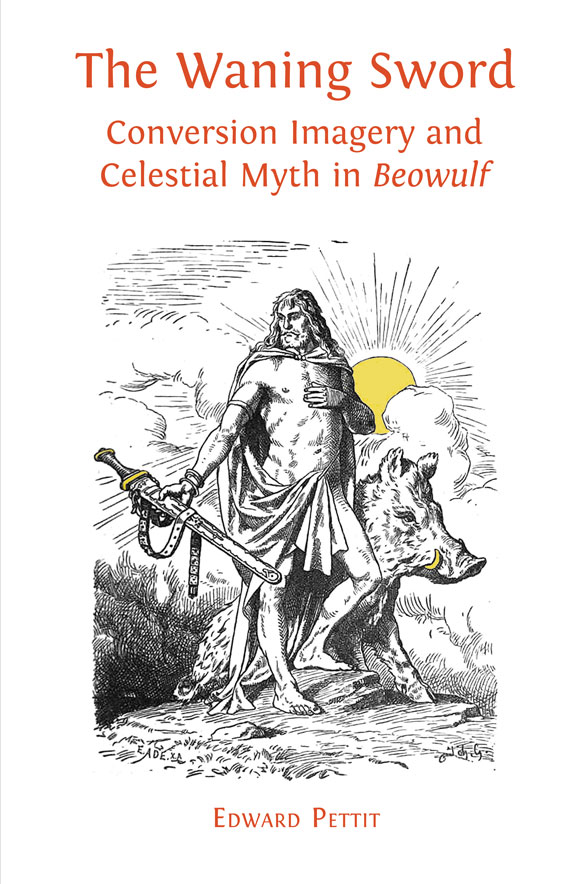 The image of a giant sword melting stands at the structural and thematic heart of the Old English heroic poem Beowulf. This meticulously researched book investigates the nature and significance of this golden-hilted weapon and its likely relatives within Beowulf and beyond, drawing on the fields of Old English and Old Norse language and literature, liturgy, archaeology, astronomy, folklore and comparative mythology. In Part I, Pettit explores the complex of connotations surrounding this image (from icicles to candles and crosses) by examining a range of medieval sources, and argues that the giant sword may function as a visual motif in which pre-Christian Germanic concepts and prominent Christian symbols coalesce. In Part II, Pettit investigates the broader Germanic background to this image, especially in relation to the god Ing/Yngvi-Freyr, and explores the capacity of myths to recur and endure across time. Drawing on an eclectic range of narrative and linguistic evidence from Northern European texts, and on archaeological discoveries, Pettit suggests that the image of the giant sword, and the characters and events associated with it, may reflect an elemental struggle between the sun and the moon, articulated through an underlying myth about the theft and repossession of sunlight. The Waning Sword: Conversion Imagery and Celestial Myth in 'Beowulf' is a welcome contribution to the overlapping fields of Beowulf-scholarship, Old Norse-Icelandic literature and Germanic philology. Not only does it present a wealth of new readings that shed light on the craft of the Beowulf-poet and inform our understanding of the poem’s major episodes and themes; it further highlights the merits of adopting an interdisciplinary approach alongside a comparative vantage point. As such, The Waning Sword will be compelling reading for Beowulf-scholars and for a wider audience of medievalists.