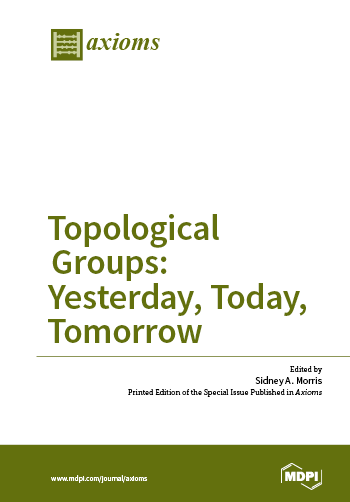 In 1900, David Hilbert asked whether each locally euclidean topological group admits a Lie group structure. This was the fifth of his famous 23 questions which foreshadowed much of the mathematical creativity of the twentieth century. It required half a century of effort by several generations of eminent mathematicians until it was settled in the affirmative. These efforts resulted over time in the Peter-Weyl Theorem, the Pontryagin-van Kampen Duality Theorem for locally compact abelian groups, and finally the solution of Hilbert 5 and the structure theory of locally compact groups, through the combined work of Andrew Gleason, Kenkichi Iwasawa, Deane Montgomery, and Leon Zippin. For a presentation of Hilbert 5 see the 2014 book “Hilbert’s Fifth Problem and Related Topics” by the winner of a 2006 Fields Medal and 2014 Breakthrough Prize in Mathematics, Terence Tao. It is not possible to describe briefly the richness of the topological group theory and the many directions taken since Hilbert 5. The 900 page reference book in 2013 “The Structure of Compact Groups” by Karl H. Hofmann and Sidney A. Morris, deals with one aspect of compact group theory. There are several books on profinite groups including those written by John S. Wilson (1998) and by Luis Ribes and ‎Pavel Zalesskii (2012). The 2007 book “The Lie Theory of Connected Pro-Lie Groups” by Karl Hofmann and Sidney A. Morris, demonstrates how powerful Lie Theory is in exposing the structure of infinite-dimensional Lie groups. The study of free topological groups initiated by A.A. Markov, M.I. Graev and S. Kakutani, has resulted in a wealth of interesting results, in particular those of A.V. Arkhangelʹskiĭ and many of his former students who developed this topic and its relations with topology. The book “Topological Groups and Related Structures” by Alexander Arkhangelʹskii and Mikhail Tkachenko has a diverse content including much material on free topological groups. Compactness conditions in topological groups, especially pseudocompactness as exemplified in the many papers of W.W. Comfort, has been another direction which has proved very fruitful to the present day.