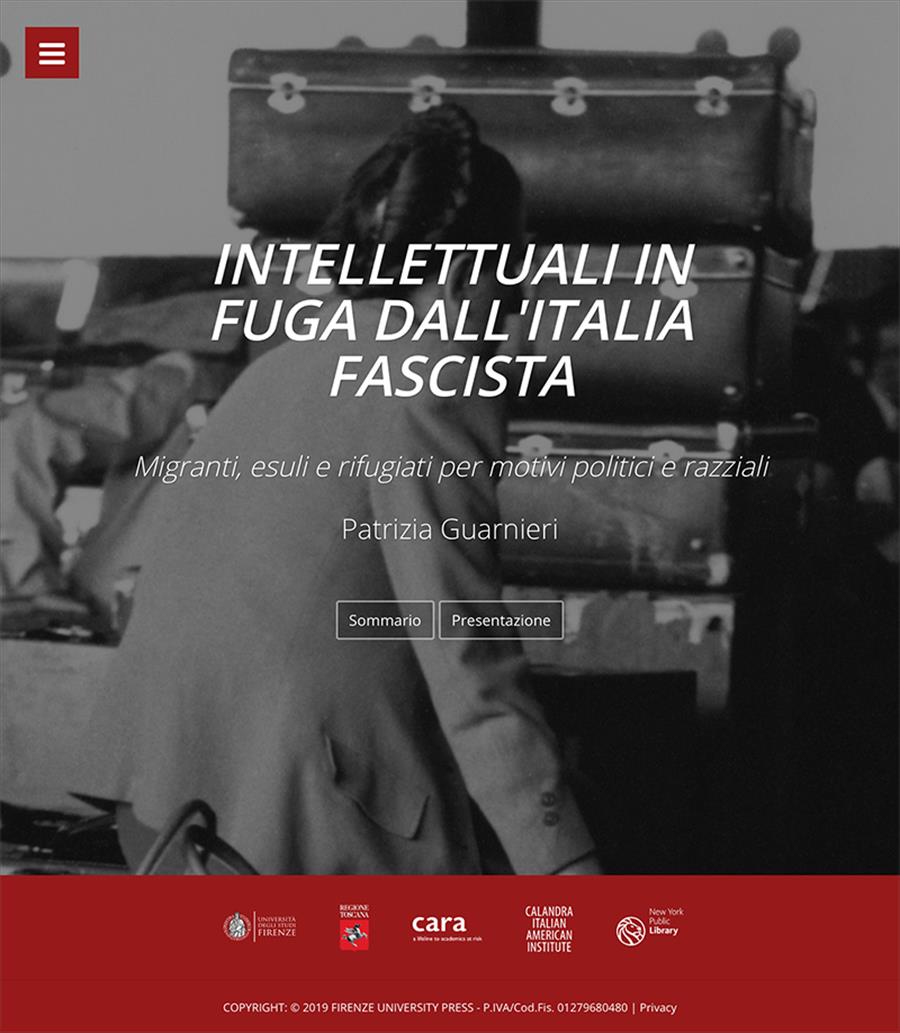 The project draws attention to the emigration of intellectuals during fascism. Italy is usually considered a land of poor and uneducated migrants. But during the twenty years of Fascism, especially after the anti-Jewish laws, professionals, students and scholars, including foreigners, expatriated alone or with families to the Americas, England, Palestine, Switzerland. It is a limited but important phenomenon of brain drain, which in the case of Italy has yet to be investigated. Who were the people who forcedly left in search of freedom, work, and then salvation, and what did they do? Their names and stories were cancelled. In this volume, there is an attempt to reconstruct their lives thanks to foreign archives, letters and scattered memories. What difficulties did they face in their host countries? How many of them returned? The stories speak of irreparable losses to the detriment of the country, of responsibilities and injustices, but also of resources and talents of Italian culture, of commitment and determination. The project was promoted by the University of Florence and funded by the Tuscany Regional Authority, with the sponsorship of the New York Public Library, Council for At-Risk Academics, and J. Calandra Italian American Institute.