Integration and Resettlement of Refugees and Forced Migrants 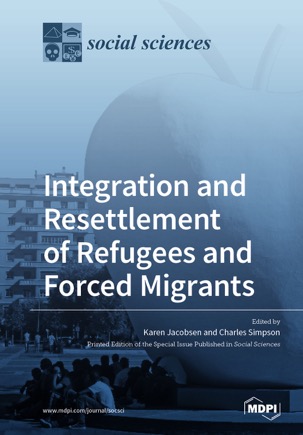 Since 2017, the United States and Europe—among many other refugee-hosting countries—have made significant changes in their refugee policies. New visa restrictions, travel bans, and other regulations were imposed by national governments. At the local level, towns and cities responded in different ways: some resisted national policy by declaring themselves “sanctuary cities”, while others supported exclusionary policies. These different responses influenced refugees’ ability to settle and become integrated. The Refugees in Towns (RIT) project at Tufts University explores local urban integration experiences, drawing on the knowledge and perspectives of refugees and citizens in towns around the world. Since 2017, more than 30 RIT case studies have deepened our local knowledge about the factors that enable or obstruct integration, and the ways in which migrants and hosts co-exist, adapt, and struggle with integration. In this Special Issue, seven articles explore urban integration in towns in Europe (Frankfurt-Rödelheim, Germany; Newcastle, UK; Ambertois, France; Italy’s cities; and Belgrade, Serbia) and in North America: Bhutanese refugee-hosting US cities, and Antigonish, Canada. The papers explore how refugees and citizens interact; the role of officials and politicians in enabling or obstructing integration; the social, economic, and cultural impact of migration; and the ways—inclusive or exclusive—locals have responded.