The Southwest in the American Imagination 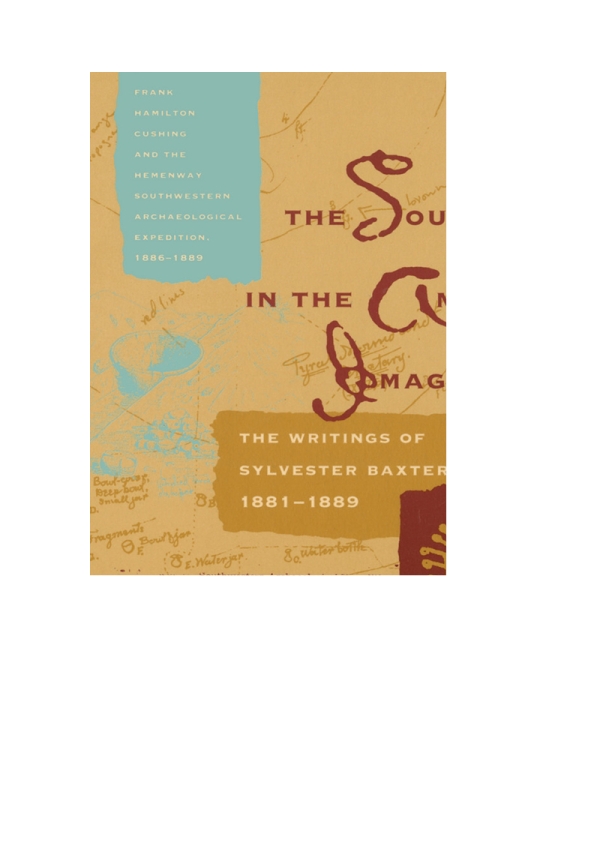 In the fall of 1886, Boston philanthropist Mary Tileston Hemenway sponsored an archaeological expedition to the American Southwest. Directed by anthropologist Frank Hamilton Cushing, the Hemenway Expedition sought to trace the ancestors of the Zuñis with an eye toward establishing a museum for the study of American Indians. In the third year of fieldwork, Hemenway's overseeing board fired Cushing based on doubts concerning his physical health and mental stability, and much of the expedition's work went unpublished. Today, however, it is recognized as a critical base for research into all of southwestern prehistory. Drawing on materials housed in half a dozen institutions and now brought together for the first time, this projected seven-volume work presents a cultural history of the Hemenway Expedition and early anthropology in the American Southwest, told in the voices of its participants and interpreted by contemporary scholars. Taken as a whole, the series comprises a thorough study and presentation of the cultural, historical, literary, and archaeological significance of the expedition, with each volume posing distinct themes and problems through a set of original writings such as letters, reports, and diaries. Accompanying essays guide readers to a coherent understanding of the history of the expedition and discuss the cultural and scientific significance of these data in modern debates. This first volume, The Southwest in the American Imagination, presents the writings of Sylvester Baxter, a journalist who became Cushing's friend and publicist in the early 1880s and who traveled to the Southwest and wrote accounts of the expedition. Included are Baxter's early writings about Cushing and the Southwest, from 1881 to 1883, which reported enthusiastically on the anthropologist's work and lifestyle at Zuñi before the expedition. Also included are published accounts of the Hemenway Expedition and its scientific promise, from 1888 to 1889, drawing on Baxter's central role in expedition affairs as secretary-treasurer of the advisory board. Series co-editor Curtis Hinsley provides an introductory essay that reviews Baxter's relationship with Cushing and his career as a journalist and civic activist in Boston, and a closing essay that inquires further into the lasting implications of the "invention of the Southwest," arguing that this aesthetic was central to the emergence and development of southwestern archaeology. Seen a century later, the Hemenway Expedition provides unusual insights into such themes as the formation of a Southwestern identity, the roots of museum anthropology, gender relations and social reform in the late nineteenth century, and the grounding of American nationhood in prehistoric cultures. It also conveys an intellectual struggle, ongoing today, to understand cultures that are different from the dominant culture and to come to grips with questions concerning America's meaning and destiny.