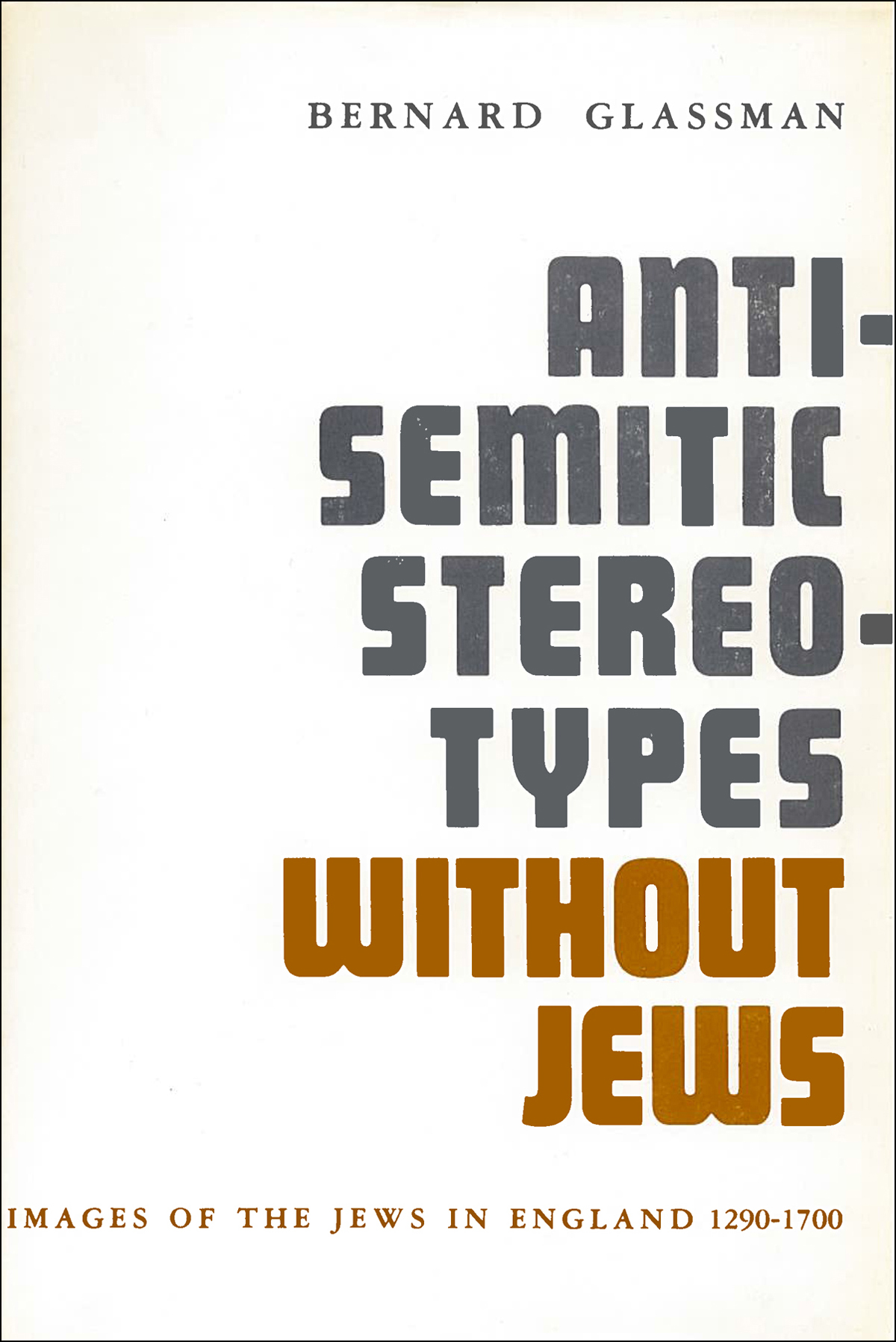 Anti-Semitic Stereotypes Without Jews offers an exploration of English history, 1290- 1700, tracing the growth and development of these attitudes. It demonstrates that it is possible for prejudice to thrive even in the absence of a scapegoat group. Following the expulsion in the year 1290 until 1656, although there was no real Jewish community in England, the molders of public opinion kept a shadowy image of the Jew alive through sermons and religious tracts, travelogues, folklore, religious and secular drama. In his analysis, Dr. Glassman shows that despite their theological differences, Anglican, Puritan, and Catholic clergymen concurred in the negative images of Jews presented to their congregations. They pictured the Jews as Christ-killers, and related myths of how Jews performed barbaric and sacrilegious rituals. The image was to plague Anglo-Jewry after a small community was reestablished in the second half of the 17th century. The author's belief that anti-Semitism is primarily a Christian problem transcends both time and place is covered by this volume. Anti-Semitic sentiments are seen here as reflecting deep-seated, irrational responses to the Jewish people, rooted in the teachings of the church and exploited by men who needed an outlet for religious, social, and economic frustrations.