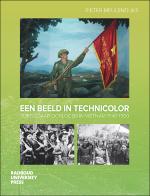 An image in technicolor. Fifty years of wars in Vietnam 1940-1990 gives a broad and innovative interpretation of the history of Vietnam between 1940 and 1990. Black and white characterisations, one-sided interpretations and prevailing myths are debunked. Instead, a nuanced and multifaceted picture is given in which the United States is less prominent. History is not only written by the victors and, in this case too, the history of Vietnam during this period cannot be attributed solely to Ho Chi Minh and the success of the Communists in 1975. The internal losers, that is, the other political movements and their leaders, must also be given a crucial place in Vietnam’s history. For example, the civil wars that took place between 1940 and 1990 played an unmistakable role. The older, idealised image of North Vietnam is inaccurate. This country was a dictatorial and oppressive police state. After 1954, the North Vietnamese leaders were embroiled in a fierce power struggle and were largely responsible for the war in South Vietnam. The answer to the question of who the legitimate representatives of the Vietnamese nation were also requires a more balanced judgment of non-Communist politicians, such as Bao Dai, Ngo Dinh Diem and Nguyen Van Thieu. As for the role of international players, initially, it was the Cold War that determined the United States’ interference; later, it was American credibility. In the end, it was the support from China and the Soviet Union that was the deciding factor for North Vietnam’s victory. Important new perspectives are given on the role of minorities, the meaning of ‘a third way’, the devastating effects of the strategy, the role of women and girls, and the mental and cultural aspects of the wars.