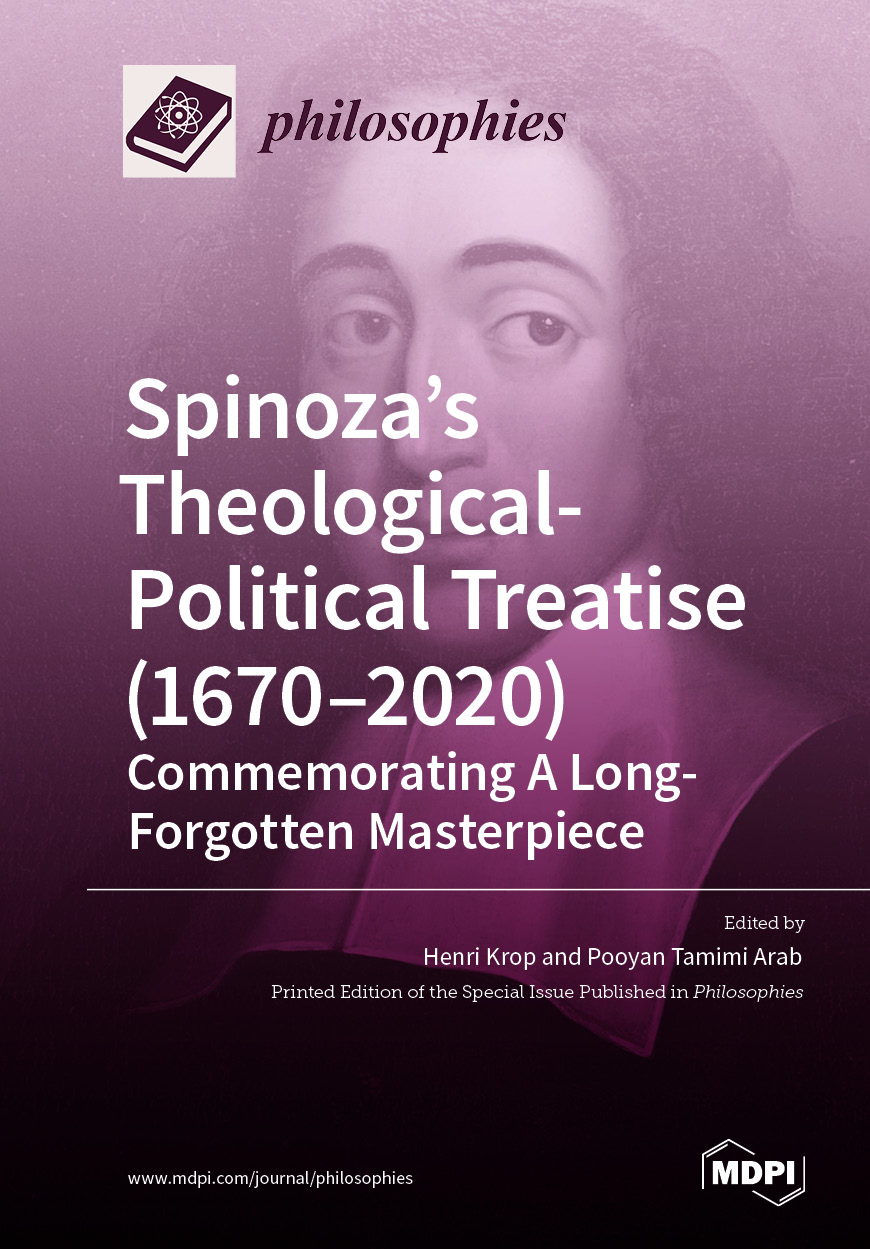 Spinoza’s Theological-Political Treatise first appeared, anonymously, in 1670. After the publication of the Opera Posthuma (1677), few scholars took the trouble to take the work seriously. In his famous History of Philosophy, Hegel only devoted a few lines to the work, caustically describing it as a mere predecessor of contemporary Biblical criticism. In the early 20th century, Gebhardt deemed it a pamphlet written as an intervention in the political-ecclesiastical controversies of the Republican Era of Johan de Witt, which ended with violent death by the Hague mob. In the 21st century, Verbeek outlined its inconsistencies and named it ‘badly organized and—let us admit it—without a clear and recognizable focus’. Notwithstanding this benign neglect, in the past five decades the TTP has finally emerged from the shadow of the Ethics. In the wake of the growing interest in the political philosophy of Spinoza in France and Italy and the study of the historical significance of Radical Enlightenment by Jonathan Israel, recent studies of the TTP have focused on the context of the Dutch Republic, but also explored the work’s broader philosophical relevance. This commemorative Special Issue offers a style guide of the various recent approaches to the TTP, placing the work in its historical context, exploring its Medieval and Early Modern sources, assessing its philosophical (in)coherence, and, finally, its critical relevance in a globalized world, in Brazil, Iran, and in times of enduring authoritarianism and fake news.