Stories of an Incomplete Revolution 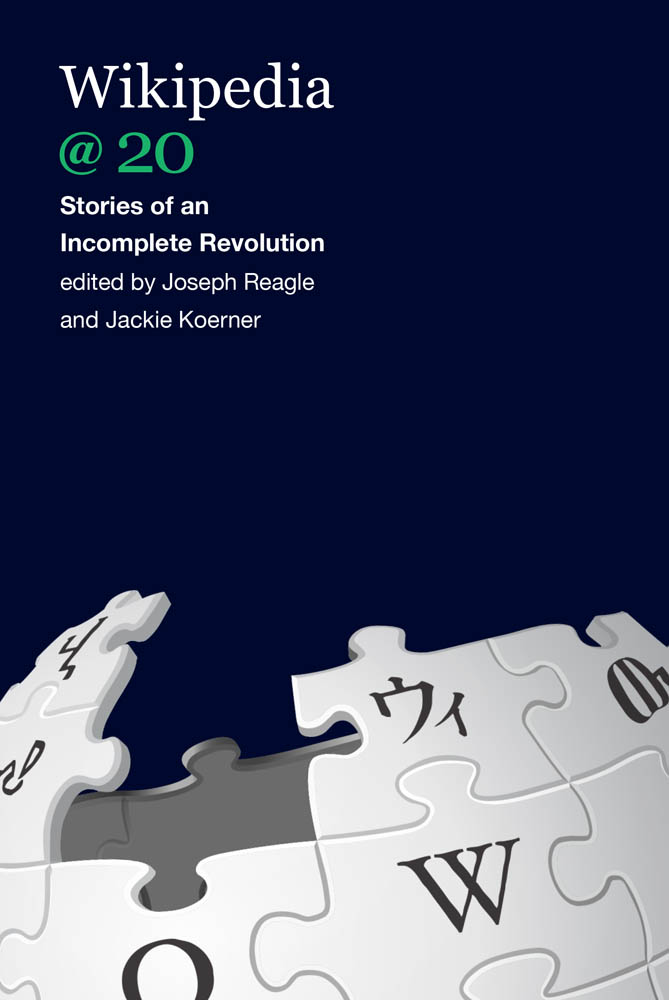 Wikipedia's first twenty years: how what began as an experiment in collaboration became the world's most popular reference work. We have been looking things up in Wikipedia for twenty years. What began almost by accident—a wiki attached to a nascent online encyclopedia—has become the world's most popular reference work. Regarded at first as the scholarly equivalent of a Big Mac, Wikipedia is now known for its reliable sourcing and as a bastion of (mostly) reasoned interaction. How has Wikipedia, built on a model of radical collaboration, remained true to its original mission of “free access to the sum of all human knowledge” when other tech phenomena have devolved into advertising platforms? In this book, scholars, activists, and volunteers reflect on Wikipedia's first twenty years, revealing connections across disciplines and borders, languages and data, the professional and personal. The contributors consider Wikipedia's history, the richness of the connections that underpin it, and its founding vision. Their essays look at, among other things, the shift from bewilderment to respect in press coverage of Wikipedia; Wikipedia as “the most important laboratory for social scientific and computing research in history”; and the acknowledgment that “free access” includes not just access to the material but freedom to contribute—that the summation of all human knowledge is biased by who documents it. Contributors Phoebe Ayers, Omer Benjakob, Yochai Benkler, William Beutler, Siko Bouterse, Rebecca Thorndike-Breeze, Amy Carleton, Robert Cummings, LiAnna L. Davis, Siân Evans, Heather Ford, Stephen Harrison, Heather Hart, Benjamin Mako Hill, Dariusz Jemielniak, Brian Keegan, Jackie Koerner, Alexandria Lockett, Jacqueline Mabey, Katherine Maher, Michael Mandiberg, Stephane Coillet-Matillon, Cecelia A. Musselman, Eliza Myrie, Jake Orlowitz, Ian A. Ramjohn, Joseph Reagle, Anasuya Sengupta, Aaron Shaw, Melissa Tamani, Jina Valentine, Matthew Vetter, Adele Vrana, Denny Vrandecic

Except where otherwise noted, this item's license is described as https://creativecommons.org/licenses/by-nc/4.0