Art and the Necropolitics of Infrastructure 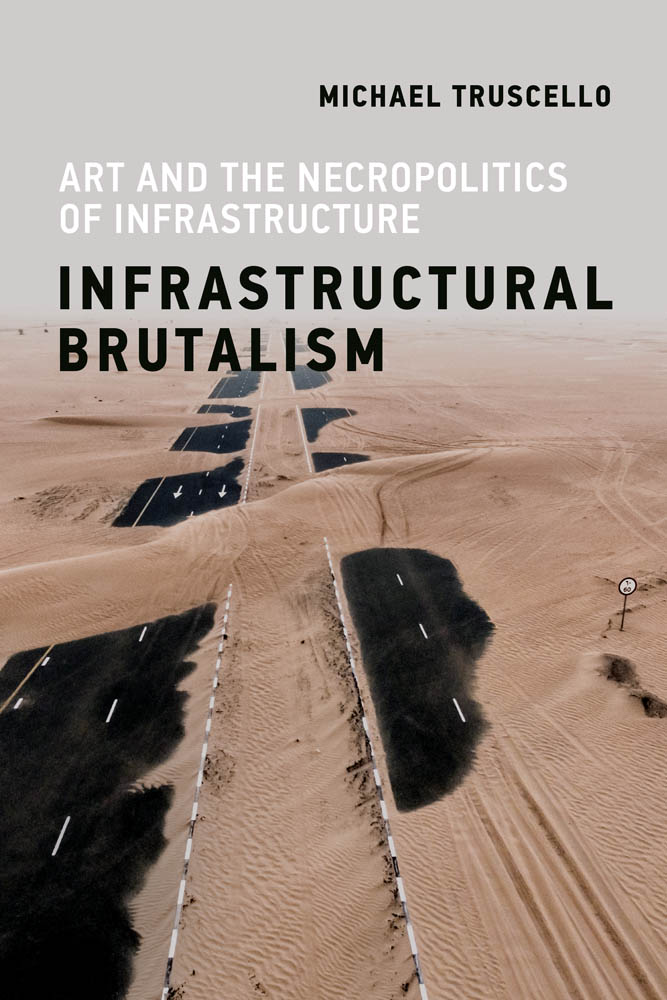 How “drowned town” literature, road movies, energy landscape photography, and “death train” narratives represent the brutality of industrial infrastructures. In this book, Michael Truscello looks at the industrial infrastructure not as an invisible system of connectivity and mobility that keeps capitalism humming in the background but as a manufactured miasma of despair, toxicity, and death. Truscello terms this “infrastructural brutalism”—a formulation that not only alludes to the historical nexus of infrastructure and the concrete aesthetic of Brutalist architecture but also describes the ecological, political, and psychological brutality of industrial infrastructures. Truscello explores the necropolitics of infrastructure—how infrastructure determines who may live and who must die—through the lens of artistic media. He examines the white settler nostalgia of “drowned town” fiction written after the Tennessee Valley Authority flooded rural areas for hydroelectric projects; argues that the road movie represents a struggle with liberal governmentality; considers the ruins of oil capitalism, as seen in photographic landscapes of postindustrial waste; and offers an account of “death train narratives” ranging from the history of the Holocaust to postapocalyptic fiction. Finally, he calls for “brisantic politics,” a culture of unmaking that is capable of slowing the advance of capitalist suicide. “Brisance” refers to the shattering effect of an explosive, but Truscello uses the term to signal a variety of practices for defeating infrastructural power. Brisantic politics, he warns, would require a reorientation of radical politics toward infrastructure, sabotage, and cascading destruction in an interconnected world.