Hanging Out, Messing Around, and Geeking Out 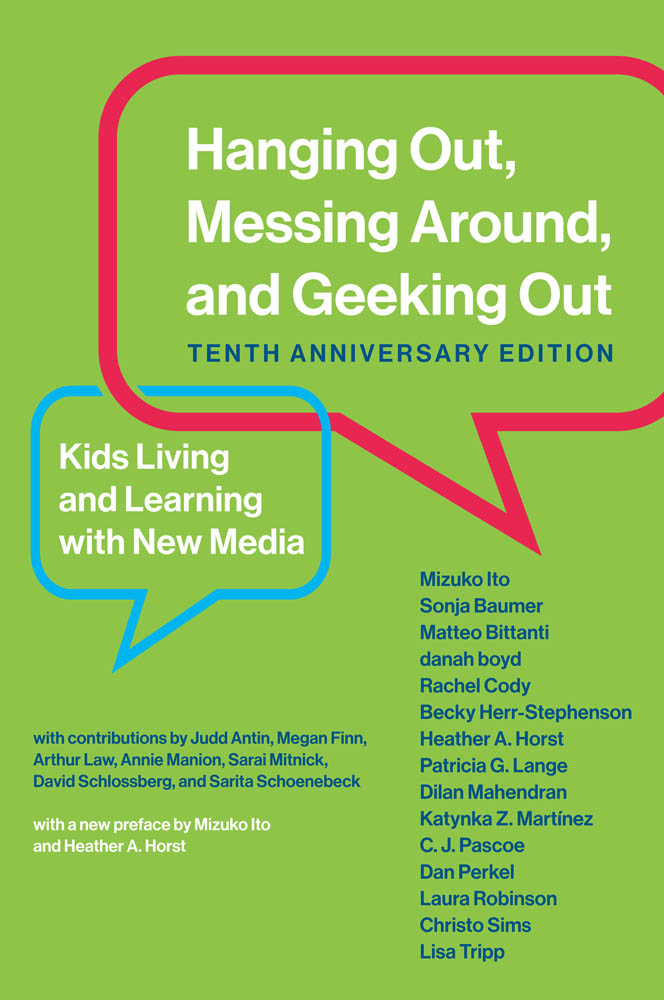 The tenth-anniversary edition of a foundational text in digital media and learning, examining new media practices that range from podcasting to online romantic breakups. Hanging Out, Messing Around, and Geeking Out, first published in 2009, has become a foundational text in the field of digital media and learning. Reporting on an ambitious three-year ethnographic investigation into how young people live and learn with new media in varied settings—at home, in after-school programs, and in online spaces—it presents a flexible and useful framework for understanding the ways that young people engage with and through online platforms: hanging out, messing around, and geeking out, otherwise known as HOMAGO. Integrating twenty-three case studies—which include Harry Potter podcasting, video-game playing, music sharing, and online romantic breakups—in a unique collaborative authorship style, Hanging Out, Messing Around, and Geeking Out combines in-depth descriptions of specific group dynamics with conceptual analysis. Since its original publication, digital learning labs in libraries and museums around the country have been designed around the HOMAGO mode and educators have created HOMAGO guidebooks and toolkits. This tenth-anniversary edition features a new introduction by Mizuko Ito and Heather Horst that discusses how digital youth culture evolved in the intervening decade, and looks at how HOMAGO has been put into practice. This book was written as a collaborative effort by members of the Digital Youth Project, a three-year research effort funded by the John D. and Catherine T. MacArthur Foundation and conducted at the University of California, Berkeley, and the University of Southern California.