Assessment of Different Contaminants in Freshwater 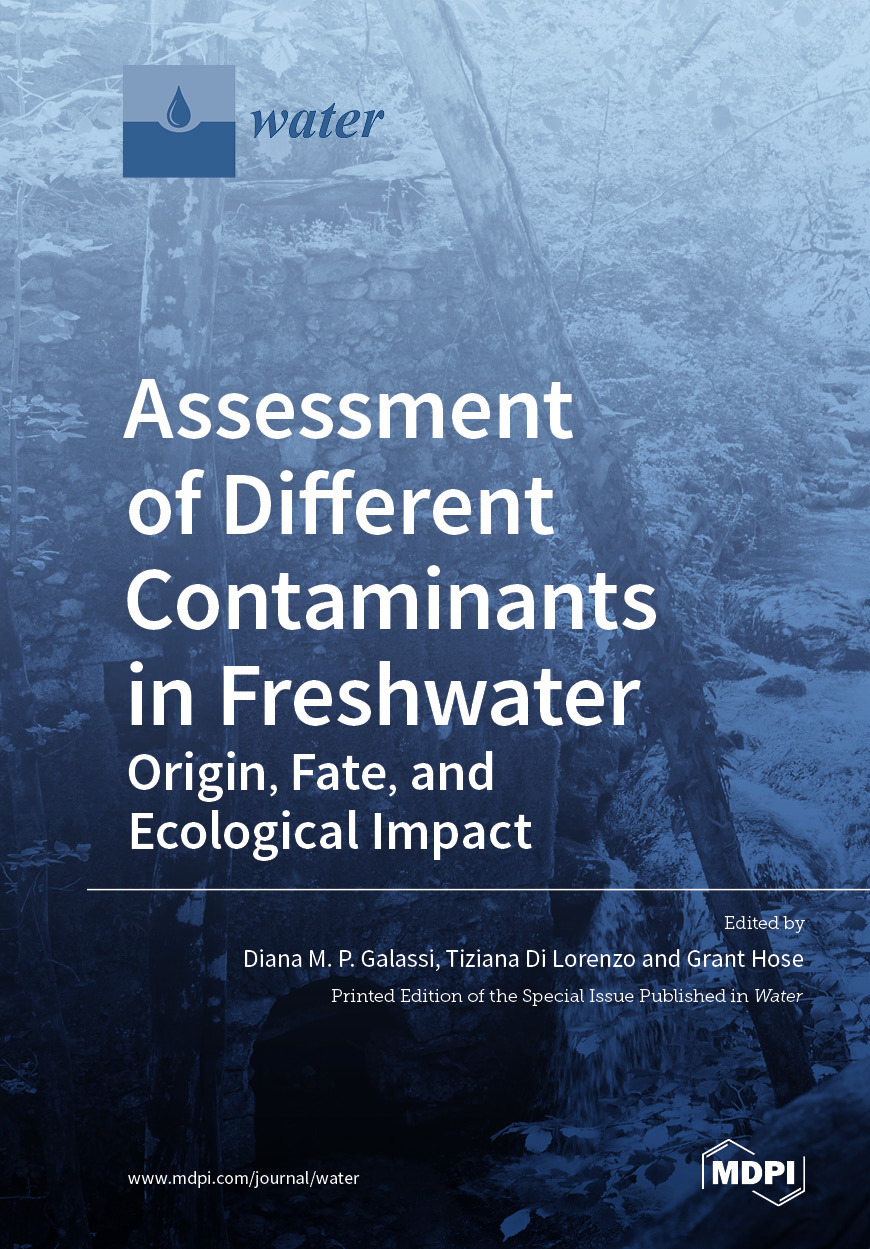 In many parts of the world, freshwater is a subject of frequent and intense large-scale disturbances. Pollution, water withdrawal, alteration of freshwater flows, road construction, aquifer mining, surface water diversion, desertification, wetland drainage, soil erosion in agriculture, deforestation, and dam building have led to some irreversible species losses and severe changes in community compositions of freshwater ecosystems. Pollution represents one of the most relevant impacts on freshwater environments, ranging from surface water bodies—such as springs, streams, rivers, lakes, and intermittent waterbodies—to groundwater and transitional habitats between surface waters and groundwaters. The origins and fates of pollutants are different and depend on various pollutants, including fertilizers with pesticides in agricultural areas, heavy metals, chlorinated organic compounds, and polycyclic aromatic hydrocarbons (PAHs), which are predominantly derived from industrial and urban settlements. Another pollutant is microplastics, which can increase in concentration in freshwater bodies and constitute emerging contaminants in freshwater systems when taken together with pharmaceuticals, personal care products (PCPs), and endocrine-disrupting compounds (EDCs). The broad distribution of several pollutants leads to significant changes of freshwater ecosystems, together with the extinction of the most sensitive species or the drastic lowering in abundances of others, thus altering community compositions and the ecosystem services provided by freshwater biodiversity.