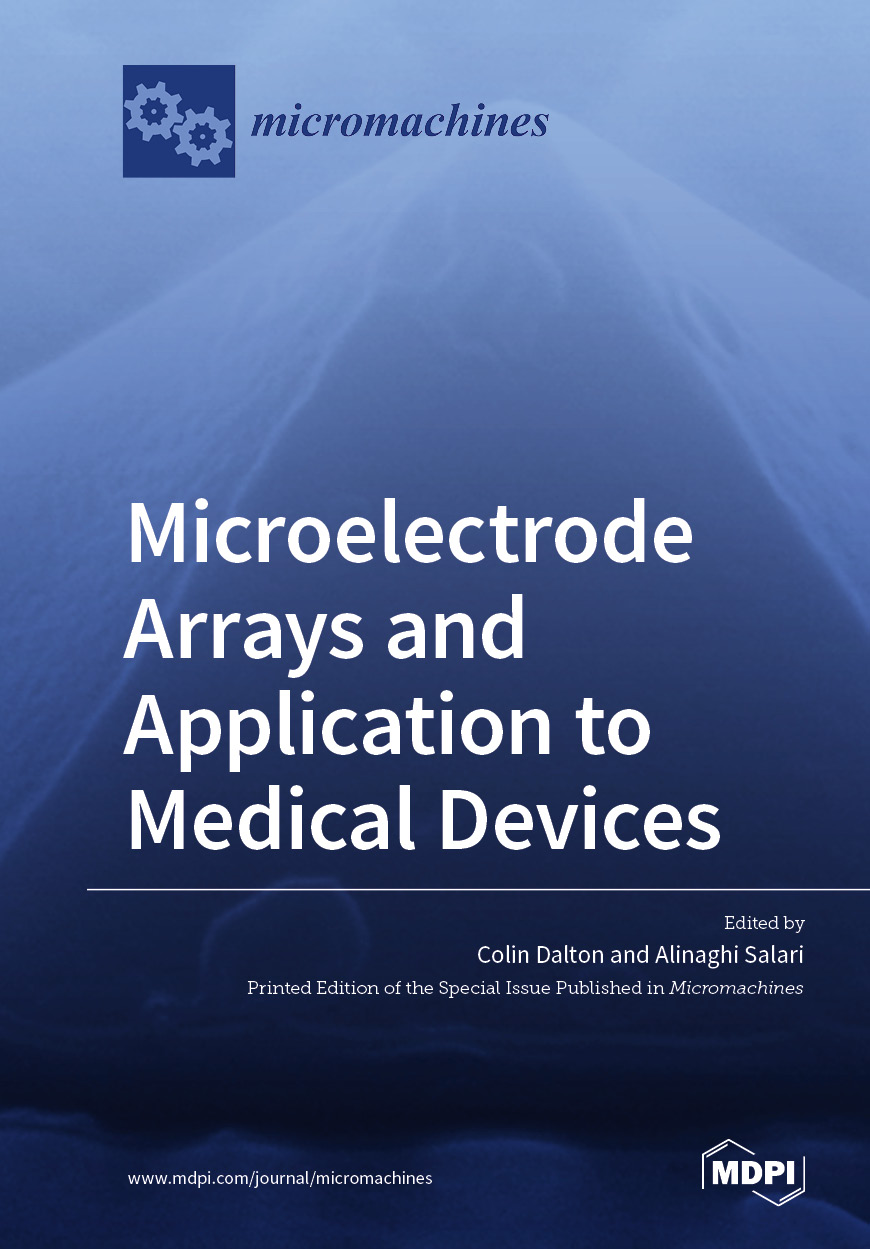 Microelectrode arrays are increasingly used in a wide variety of situations in the medical device sector. For example, one major challenge in microfluidic devices is the manipulation of fluids and droplets effectively at such scales. Due to the laminar flow regime (i.e., low Reynolds number) in microfluidic devices, the mixing of species is also difficult, and unless an active mixing strategy is employed, passive diffusion is the only mechanism that causes the fluid to mix. For many applications, diffusion is considered too slow, and thus many active pumping and mixing strategies have been employed using electrokinetic methods, which utilize a variety of simple and complex microelectrode array structures. Microelectrodes have also been implemented in in vitro intracellular delivery platforms to conduct cell electroporation on chip, where a highly localized electric field on the scale of a single cell is generated to enhance the uptake of extracellular material. In addition, microelectrode arrays are utilized in different microfluidic biosensing modalities, where a higher sensitivity, selectivity, and limit-of-detection are desired. Carbon nanotube microelectrode arrays are used for DNA detection, multi-electrode array chips are used for drug discovery, and there has been an explosion of research into brain–machine interfaces, fueled by microfabricated electrode arrays, both planar and three-dimensional. The advantages associated with microelectrode arrays include small size, the ability to manufacture repeatedly and reliably tens to thousands of micro-electrodes on both rigid and flexible substrates, and their utility for both in vitro and in vivo applications. To realize their full potential, there is a need to develop and integrate microelectrode arrays to form useful medical device systems. As the field of microelectrode array research is wide, and touches many application areas, it is often difficult to locate a single source of relevant information. This Special Issue seeks to showcase research papers, short communications, and review articles, that focus on the application of microelectrode arrays in the medical device sector. Particular interest will be paid to innovative application areas that can improve existing medical devices, such as for neuromodulation and real world lab-on-a-chip applications.