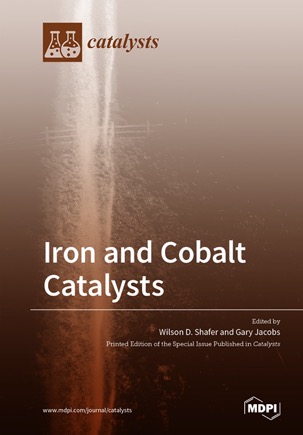 Since the turn of the last century when the field of catalysis was born, iron and cobalt have been key players in numerous catalysis processes. These metals, due to their ability to activate CO and CH, haev a major economic impact worldwide. Several industrial processes and synthetic routes use these metals: biomass-to-liquids (BTL), coal-to-liquids (CTL), natural gas-to-liquids (GTL), water-gas-shift, alcohol synthesis, alcohol steam reforming, polymerization processes, cross-coupling reactions, and photocatalyst activated reactions. A vast number of materials are produced from these processes, including oil, lubricants, waxes, diesel and jet fuels, hydrogen (e.g., fuel cell applications), gasoline, rubbers, plastics, alcohols, pharmaceuticals, agrochemicals, feed-stock chemicals, and other alternative materials. However, given the true complexities of the variables involved in these processes, many key mechanistic issues are still not fully defined or understood. This Special Issue of Catalysis will be a collaborative effort to combine current catalysis research on these metals from experimental and theoretical perspectives on both heterogeneous and homogeneous catalysts. We welcome contributions from the catalysis community on catalyst characterization, kinetics, reaction mechanism, reactor development, theoretical modeling, and surface science.