Flavonoids and Their Disease Prevention and Treatment Potential 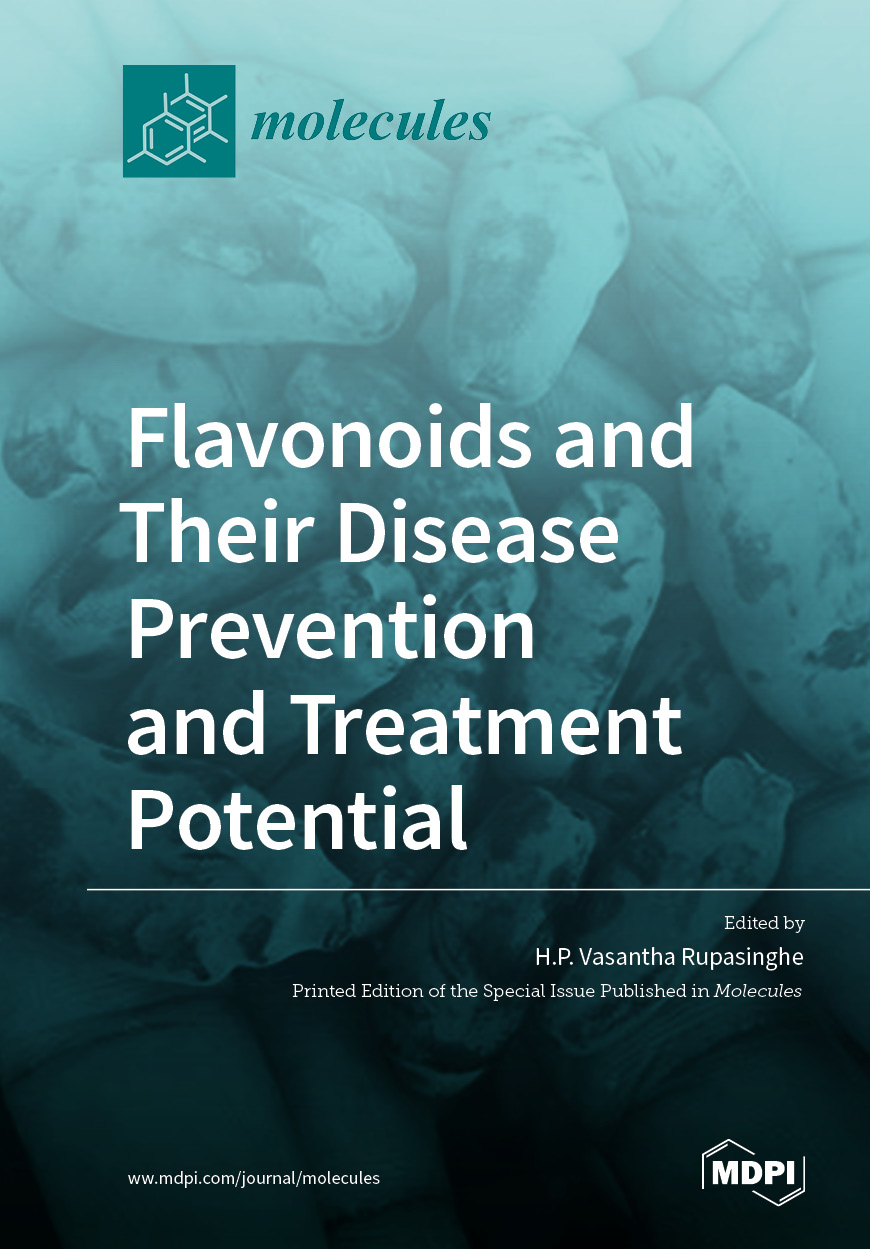 Flavonoids are ubiquitously present in plant-based foods and natural health products. The molecule of flavonoids is characterized by a 15-carbon skeleton of C6–C3–C6, with the different structural configuration of subclasses. The major subclasses of flavonoids with health-promotional properties are the flavanols or catechins (e.g., epigallocatechin 3-gallate from green tea), the flavones (e.g., apigenin from celery), the flavonols (e.g., quercetin glycosides from apples, berries, and onion), the flavanones (e.g., naringenin from citrus), the anthocyanins (e.g., cyanidin-3-O-glucoside from berries), and the isoflavones (e.g., genistein from soya beans). Scientific evidence has strongly shown that regular intake of dietary flavonoids in efficacious amounts reduces the risk of oxidative stress- and chronic inflammation-mediated pathogenesis of human diseases such as cardiovascular disease, certain cancers, and neurological disorders. The physiological benefits of dietary flavonoids have been demonstrated to be due to multiple mechanisms of action, including regulating redox homeostasis, epigenetic regulations, activation of survival genes and signaling pathways, regulation of mitochondrial function and bioenergetics, and modulation of inflammation response. The role of flavonoids on gut microbiota and the impact of microbial metabolites of flavonoids on optimal health has begun to unravel. The complex physiological modulations of flavonoid molecules are due to their structural diversity. However, some flavonoids are not absorbed well, and their bioavailability could be enhanced through structural modifications and applications of nanotechnology, such as encapsulation. This Special Issue consists of four review articles on flavonoids and 15 original research articles, which cover the latest findings on the role of dietary flavonoids and their derivatives in disease prevention and treatment.