Volcanic Plumes.Impacts on the Atmosphere and Insights into Volcanic Processes 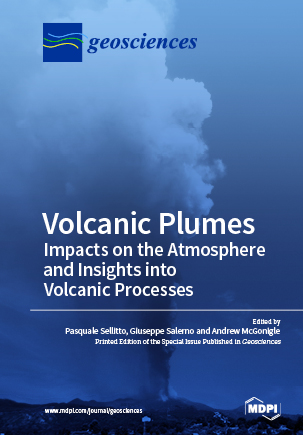 Volcanoes release plumes of gas and ash to the atmosphere during episodes of passive and explosive behavior. These ejecta have important implications for the chemistry and composition of the troposphere and stratosphere, with the capacity to alter Earth's radiation budget and climate system over a range of temporal and spatial scales. Volcanogenic sulphur dioxide reacts to form sulphate aerosols, which increase global albedo, e.g., by reducing surface temperatures, in addition to perturbing the formation processes and optical properties of clouds. Released halogen species can also deplete stratospheric and tropospheric ozone. Volcanic degassing, furthermore, played a key role in the formation of Earth’s atmosphere, and volcanic plumes can affect air quality, pose hazards to aviation and human health, as well as damage ecosystems. The chemical compositions and emission rates of volcanic plumes are also monitored via a range of direct-sampling and remote-sensing instrumentation, in order to gain insights into subterranean processes, in the respect of the magmatic bodies these volatiles exsolve from. Given the significant role these gases play in driving volcanic activity, e.g., via pressurisation, the study of volcanic plumes is proving to be an increasingly fruitful means of improving our understanding of volcanic systems, potentially in concert with observations from geophysics and contributions from fluid dynamical modelling of conduit dynamics.