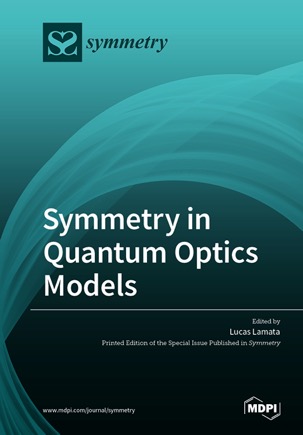 Prototypical quantum optics models, such as the Jaynes–Cummings, Rabi, Tavis–Cummings, and Dicke models, are commonly analyzed with diverse techniques, including analytical exact solutions, mean-field theory, exact diagonalization, and so on. Analysis of these systems strongly depends on their symmetries, ranging, e.g., from a U(1) group in the Jaynes–Cummings model to a Z2 symmetry in the full-fledged quantum Rabi model. In recent years, novel regimes of light–matter interactions, namely, the ultrastrong and deep-strong coupling regimes, have been attracting an increasing amount of interest. The quantum Rabi and Dicke models in these exotic regimes present new features, such as collapses and revivals of the population, bounces of photon-number wave packets, as well as the breakdown of the rotating-wave approximation. Symmetries also play an important role in these regimes and will additionally change depending on whether the few- or many-qubit systems considered have associated inhomogeneous or equal couplings to the bosonic mode. Moreover, there is a growing interest in proposing and carrying out quantum simulations of these models in quantum platforms such as trapped ions, superconducting circuits, and quantum photonics. In this Special Issue Reprint, we have gathered a series of articles related to symmetry in quantum optics models, including the quantum Rabi model and its symmetries, Floquet topological quantum states in optically driven semiconductors, the spin–boson model as a simulator of non-Markovian multiphoton Jaynes–Cummings models, parity-assisted generation of nonclassical states of light in circuit quantum electrodynamics, and quasiprobability distribution functions from fractional Fourier transforms.