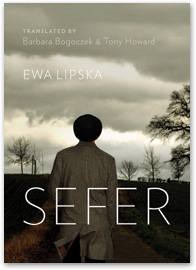 Poetic, witty, and ever so faintly surreal, Sefer delicately explores the legacy of the Holocaust for the postwar generation, a generation for whom a devastating history has grown distant, both temporally and emotionally. The novel’s protagonist, Jan Sefer, is a psychotherapist living in Vienna—someone whose professional life puts him in daily contact with the traumas of others but who has found it difficult to address his own family background, especially his memories of his father. During a two-week trip to his father’s birthplace, Kraków—a visit he has long postponed—he begins to sort out some of his feelings and to connect with a past the memory of which is swiftly disintegrating. Much like memory itself, Sefer speaks to us obliquely, through the juxtaposition of images and vignettes rather than through the construction of a linear narrative. With its fragmentary structure and its preference for hints rather than explanations, the novel belongs to the realm of the postmodern, while it also incorporates subtle elements of magical realism. One of Poland’s best-known poets, Ewa Lipska is today a major figure in European literature. In their translation of Sefer, Lipska’s first novel, translators Barbara Bogoczek and Tony Howard deftly capture the poet’s unmistakable voice—cool and precise, gently ironic, and deeply humane.