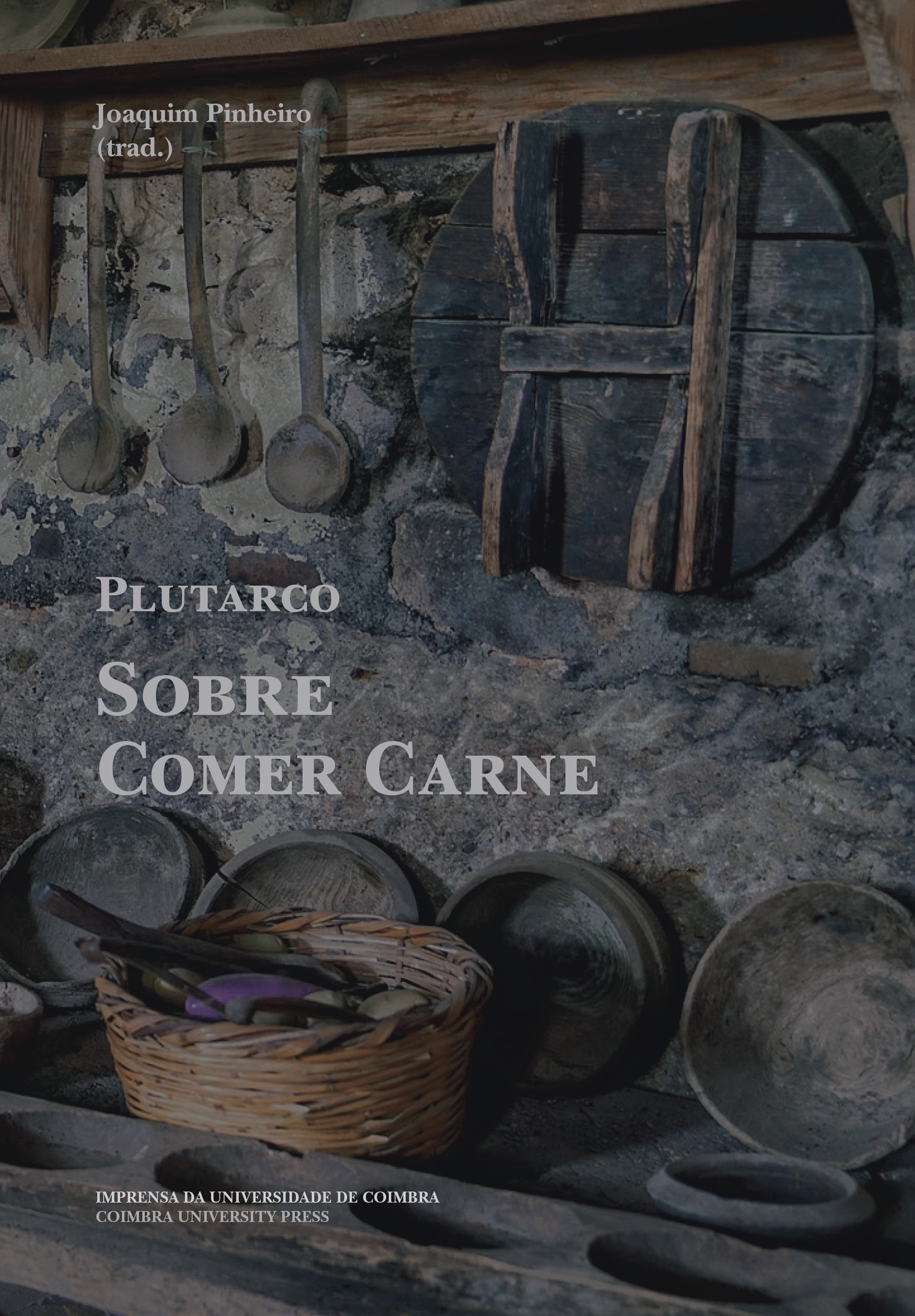 The treatise De esu carnium (On eating of flesh) came to us in the form of two logoi, with multiple lacunae, especially in the second logos. By recovering themes already developed by the Pythagorean doctrine, by Xenocrates, by Theophrastus or by the Stoics, Plutarch argues about the nature of living beings, within the scope of the relationship between man and animal. Like other treatises of the corpus plutarcheum, such as Bruta animalia ratione uti (The animals are rational), better known as Gryllus, or De sollertia animalium (On the intelligence of animals), the narrative is developed around questions related to the nature and psychology of animals, such as the possibility that virtue and reason exist in them. Plutarch defends the philanthropy and the generosity with which all living beings should be treated, thus opposing simple utilitarianism or the problematic principle of necessity. Being one of the zoological treatises, De esu carnium is also a rhetorical text, because Plutarch constructs, in opposition to the Stoics, an argumentative theory that supports the idea that eating meat is παρὰ φύσιν (‘against nature’).