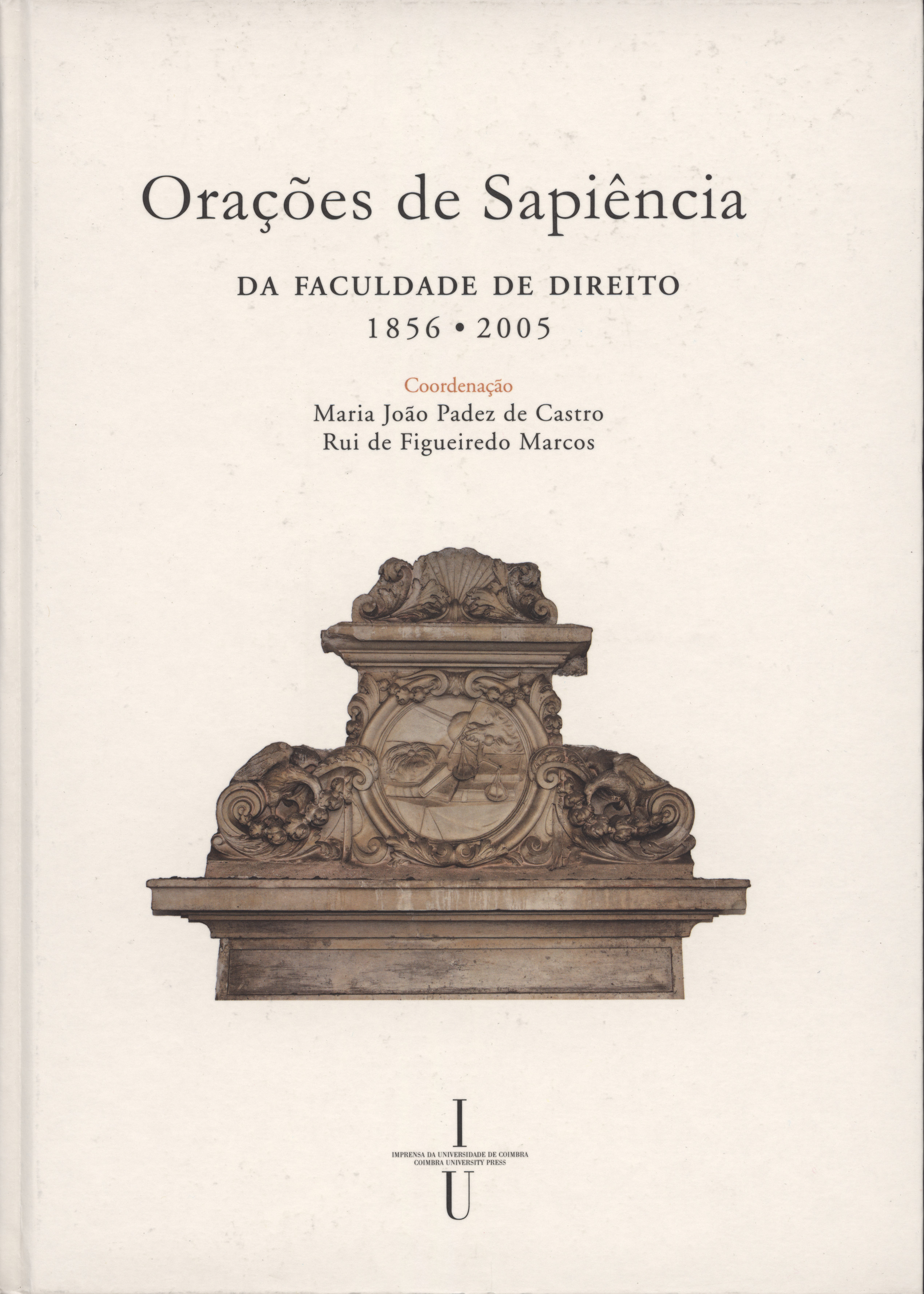 This is a compilation of 21 inauguration lectures from António Luís de Sousa Henriques Seco (1856) to Jorge de Figueiredo Dias (2005), including António de Arruda Ferrer Correia (1982), Luís Cabral de Oliveira Moncada (1949) and Orlando Alves Pereira de Carvalho (1996), amongst many others. More than translating part of the University of Coimbra collection (namely the Faculty of Law), this book opens up the way to different horizons of law and of everything related to it. “The formality of the rite of the magisterial lecture is crisscrossed by so many lines – for anyone that wishes to see and perceive – that its study proves to be of enormous heuristic potential”, writes José de Faria Costa, president of the Directive Council of the Faculty of Law and president of the University Press, in the foreword to this collection. “In addition to the pleasure of reading such powerful dense texts, we are also enchanted by the creativity that connects facts, constructs doctrines, lists and relates dates or suggests normative fissures that can be interpreted as discontinuities or ruptures”, he adds. The work includes an essay by the history of law specialist, Rui de Figueiredo Marcos, entitled “As Orações de Sapiência na Universidade e na Faculdade de Direito de Coimbra” (“Magisterial lectures in Coimbra University and Law Faculty”), which traces the development of these magisterial lectures at the University of Coimbra, since their enshrinement in the will of Infante D. Henrique dated 13th October 1460, to the present day. “The official opening of lessons and the magisterial lecture contain a tremendous symbolism for the institutional life of the University of Coimbra,” he writes. “Given its enormous relevance, these were always moments that attracted great attention both from the university community and from the public at large”. This work is published with the exclusive support of the Eng. António de Almeida Foundation.