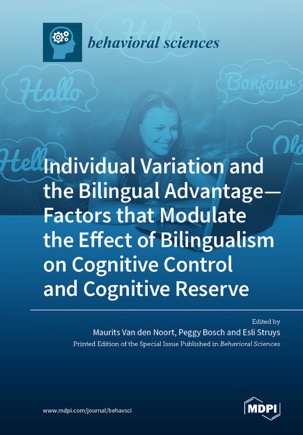 The number of bilingual and multilingual speakers around the world is steadily growing, leading to the questions: How do bilinguals manage two or more language systems in their daily interactions, and how does being bilingual/multilingual affect brain functioning and vice versa? Previous research has shown that cognitive control plays a key role in bilingual language management. This hypothesis is further supported by the fact that foreign languages have been found to affect not only the expected linguistic domains, but surprisingly, other non-linguistic domains such as cognitive control, attention, inhibition, and working memory. Somehow, learning languages seems to affect executive/brain functioning. In the literature, this is referred to as the bilingual advantage, meaning that people who learn two or more languages seem to outperform monolinguals in executive functioning skills. In this Special Issue, we first present studies that investigate the bilingual advantage. We also go one step further, by focusing on factors that modulate the effect of bilingualism on cognitive control. In the second, smaller part of our Special Issue, we focus on the cognitive reserve hypothesis with the aim of addressing the following questions: Does the daily use of two or more languages protect the aging individual against cognitive decline? Does lifelong bilingualism protect against brain diseases, such as dementia, later in life?