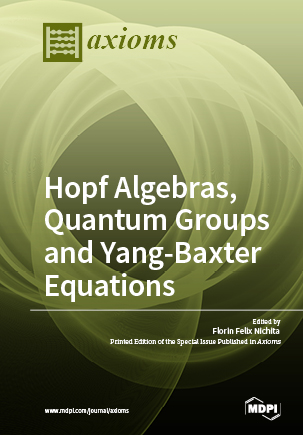 The Yang-Baxter equation first appeared in theoretical physics, in a paper by the Nobel laureate C.N. Yang and in the work of R.J. Baxter in the field of Statistical Mechanics. At the 1990 International Mathematics Congress, Vladimir Drinfeld, Vaughan F. R. Jones, and Edward Witten were awarded Fields Medals for their work related to the Yang-Baxter equation. It turned out that this equation is one of the basic equations in mathematical physics; more precisely, it is used for introducing the theory of quantum groups. It also plays a crucial role in: knot theory, braided categories, the analysis of integrable systems, non-commutative descent theory, quantum computing, non-commutative geometry, etc. Many scientists have used the axioms of various algebraic structures (quasi-triangular Hopf algebras, Yetter-Drinfeld categories, quandles, group actions, Lie (super)algebras, brace structures, (co)algebra structures, Jordan triples, Boolean algebras, relations on sets, etc.) or computer calculations (and Grobner bases) in order to produce solutions for the Yang-Baxter equation. However, the full classification of its solutions remains an open problem. At present, the study of solutions of the Yang-Baxter equation attracts the attention of a broad circle of scientists. The current volume highlights various aspects of the Yang-Baxter equation, related algebraic structures, and applications.