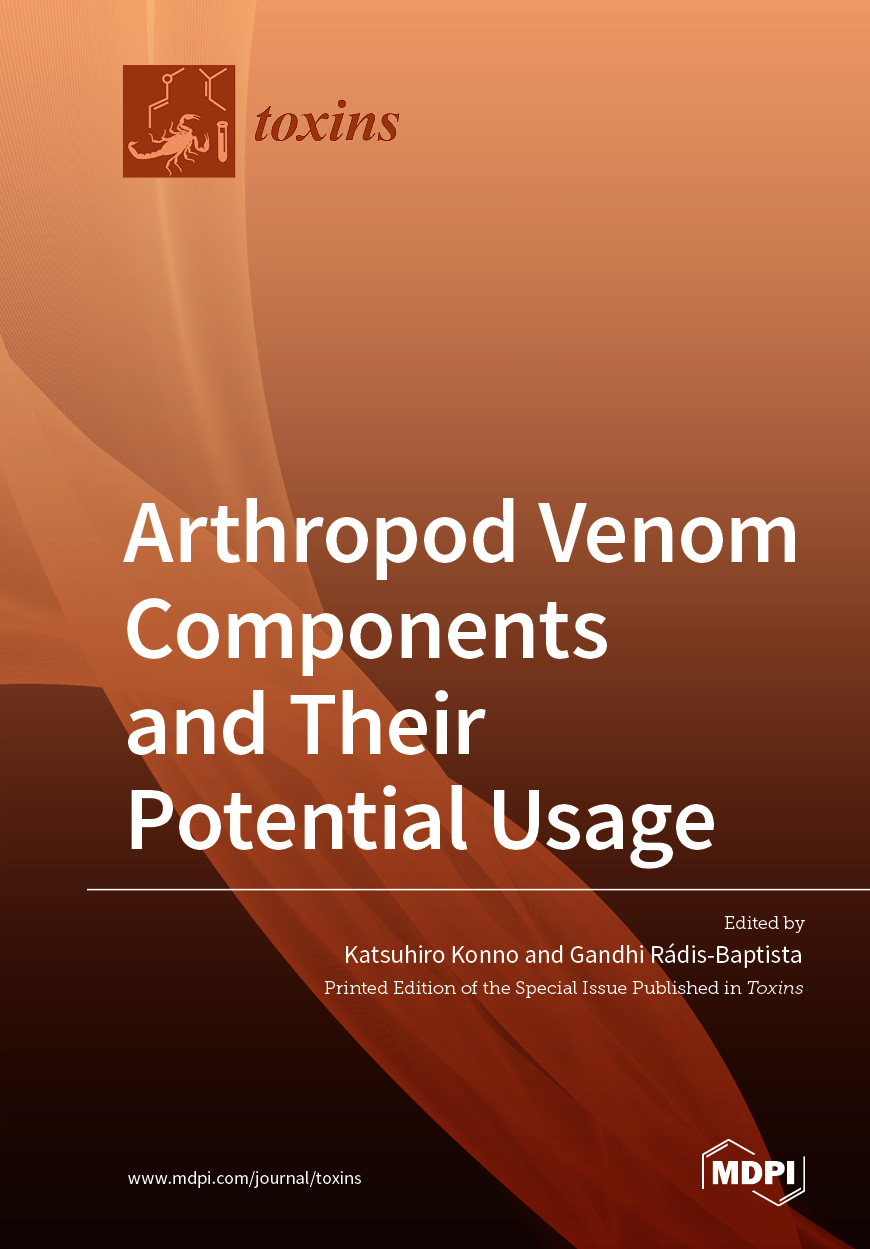 Thousands of arthropod species, ranging from arachnids (spiders and scorpions) to hymenopterans (ants, bees, and wasps) and myriapods (centipedes), are venomous and use their venoms for both defense and predation. These venoms are invariably harmful to humans, and some may cause serious injuries, e.g., those from scorpions, spiders, and wasps. Arthropods’ venoms are also known as rich sources of biologically active compounds and have attracted the attention of toxin researchers for years. In this century, venom component analysis has progressed considerable due to the advances in analytical techniques, in particular, mass spectrometry and next-generation deep (DNA and RNA) sequencing. As such, proteomic and peptidomic analyses using LC–MS have enabled the full analysis of venom components, revealing a variety of novel peptide and protein toxins sequences and scaffolds, potentially useful as pharmacological research tools and for the development of highly selective peptide ligands and therapeutic leads, like chlorotoxin. Due to their specificity for numerous ion-channel subtypes, including voltage- and ligand-gated ion channels, arthropod neurotoxins have been investigated to dissect and treat neurodegenerative diseases and control epileptic syndromes. This Special Issue collects information on such progress, encouraging contributions on the chemical and biological characterization of venom components, not only peptides and proteins, but also small molecules, their mechanisms of action, and the development of venom-derived peptide leads.