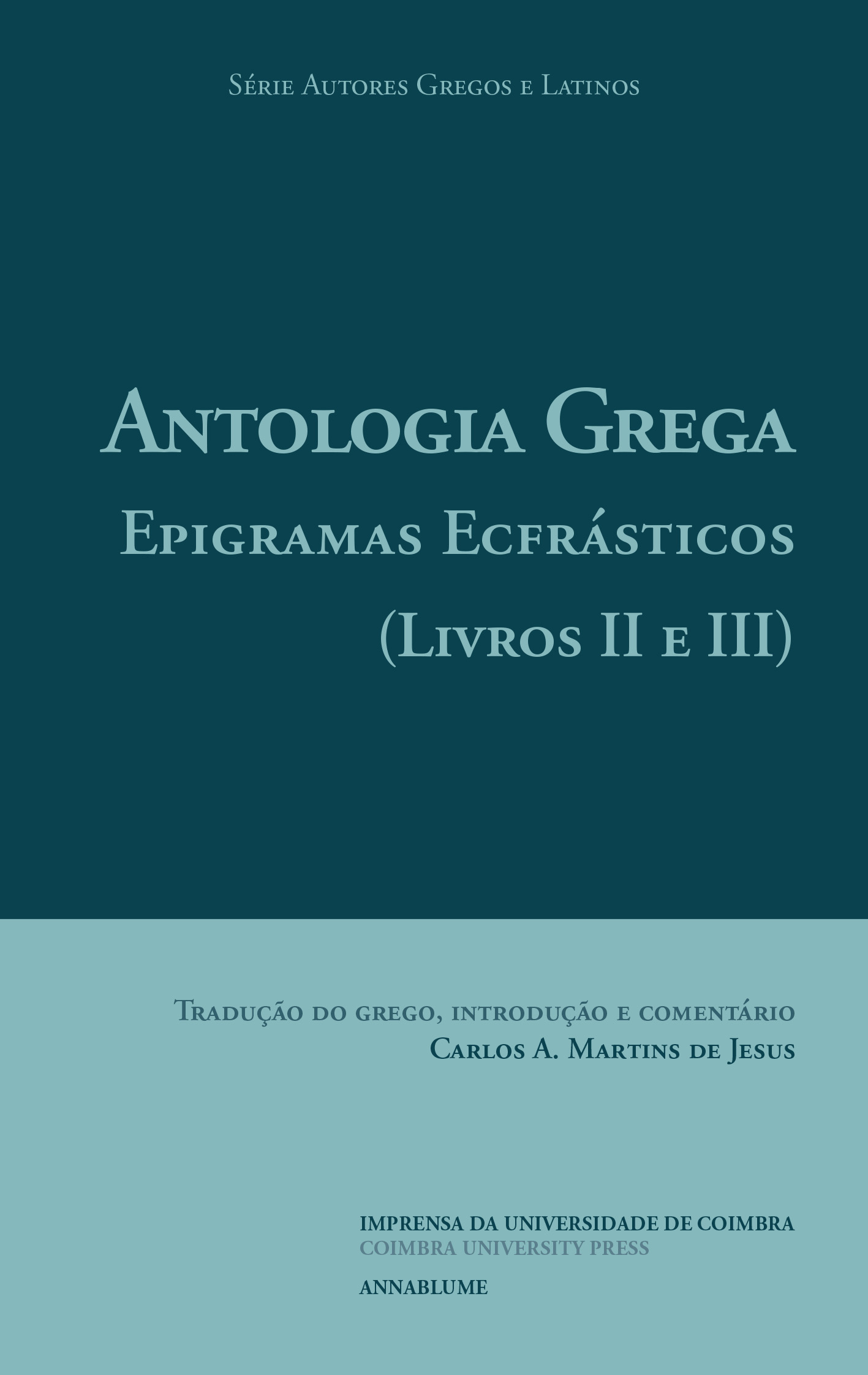 The Greek Anthology, a compilation of epigrams from the Classical, Hellenistic and Byzantine periods, is the larger epigrammatic garland in Greek language that we possess. Organized in modern times in 16 books, it depends mostly on two manuscripts, the so-called Palatinus (Palatinus Graecus 23 + Parisinus Graecus Suppl. 384 – X cent.) and Maximus Planudes’ autograph (Marcianus Graecus 481 – beginnings of the XIV). This volume, the first of a planned series, offers the translation of two of those 16 books, thematically united by the fact that both gather ecphrastic epigrams, i.e. poems composed upon plastic works of art. With Book II, work of Cristodoros from the beginnings of the VI century AD, the reader can walk through the statuary collection held at the famous baths of Zeuxippus in Constantinople. As for Book III, it gathers 19 anonymous epigrams on the pillars of the Apollonis Temple in Cyzicus (built in the II cent. BC), which must also had been composed in the VI century AD. Altogether, Books II and III end-up being a testimony of the use of poetry with political and touristic purposes. Besides a thematic and linguistic introduction, which does not intent to be extensive, the translation also presents some interpretative notes, especially related to myth.